Swifty the Shrew is the secondary antagonist who appears in the Sonic Boom episode, "Blue with Envy". He is a model of multiple robot shrews built by Dr. Eggman for the purpose of getting Sonic banished from the Village.

Credited as one of Dr. Eggman's finest creations to date, the Swiftys are virtually indistinguishable from a living creature, designed to resemble a humanoid shrew with green fur and orange eyes.

They have a slightly oblong round ear and thin quill on each side of their head, a pointy peach muzzle with a lone buck tooth, and a furless peach tail.

As attire, they each wear a red Hawaiian shirt with yellow and grey clouds on it, white fingerless gloves, a yellow and green helmet with red swirls on, white shutter shades, and white red sneakers with green laces and lightning bolt symbols.

Created by Eggman, the Swifty robots' purpose were to get Sonic banished from the Village by preying on Sonic's weakness: his ego. One Swifty robot first appeared at Meh Burger, where he impressed everyone (except Sonic) with his speed and skateboard tricks.

Amidst this, Swifty rescued Lady Walrus' baby with his skateboard while humiliating Sonic. He later visited Tails in his workshop, bonding with the fox, much to Sonic's dismay.

There, Swifty trash-talked Sonic into competing in a race with him, with the loser being banished from the village, though the rest of Team Sonic had him leave after seeing his behavior.

In their race, Swifty cheated himself to victory by having his doubles take over ahead of Sonic at different points along the course while Sonic was banished.

As Eggman then arrived and revealed his plan, the Swiftys ransacked the Village in order for Eggman to build an evil amusement park. However, after a quick conference, Mayor Fink had Sonic unbanished and the hedgehog quickly destroyed all the Swiftys.

Much like Sonic, the individual Swifty is laid-back with a cool and cocky attitude and an exceedingly large ego. He is an equally big showoff, using whatever chance he has to demonstrate his skills, yet has a strong sense of charm and charisma as he instantly captivated his audience upon his arrival.

Endowed with a serious streetwise style, he often speaks using catchphrases and hip urban expressions. Unlike Sonic though, Swifty lacks any sense of decency and politeness, which gives him an exceedingly rude arrogance, and those that do not agree with him are just "losers" to him.

He also has no qualms about sabotage and cheating, as demonstrated when he gladly humiliated Sonic in his attempts to content with him.

Swiftys are able to run at super speed and even claim to be faster than Sonic, though this is unconfirmed as they rely more on their skateboards for transportation.

The Swiftys apparently also have great strength as it only took three of them to raise a large and solid metal statue.

The Swiftys are proficient skateboard riders, capable of performing many dangerous stunts while multitasking.

The Swiftys each carry a tech-based black and red-wheeled skateboard with yellow and black hazards stripes on them at all times. In addition to being skilled at using them for tricks, these skateboards can move at speeds rivaling Sonic's. 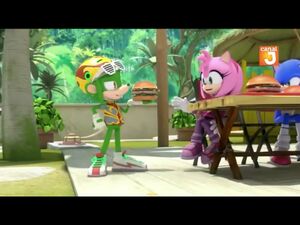 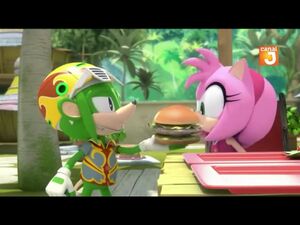 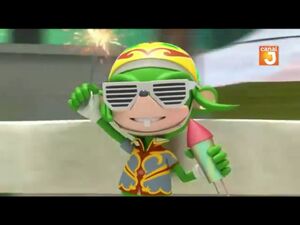 Swifty trying to be cool 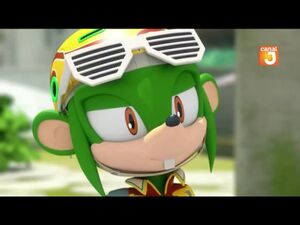 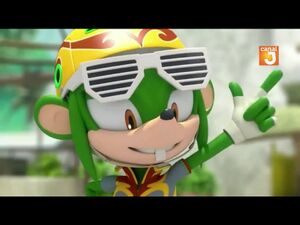 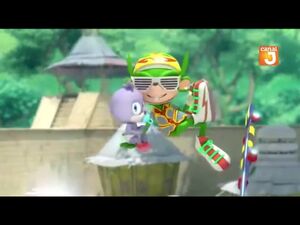 Swifty save the baby 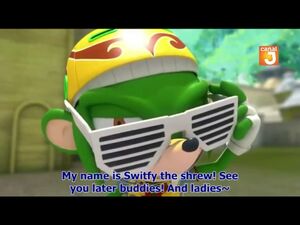 Swifty put his glasses down by saying "See u later, dudes and ladies" 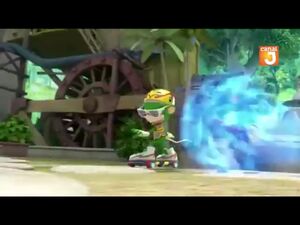 Swifty and Sonic racing each other 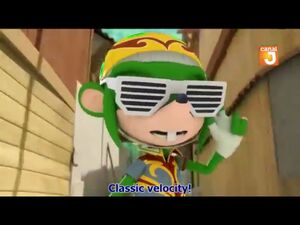 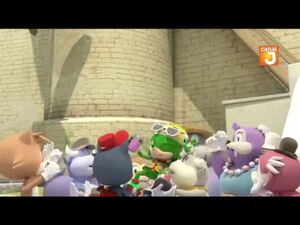 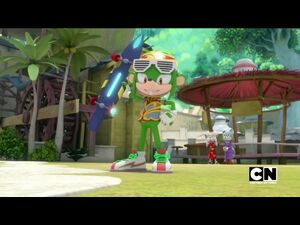 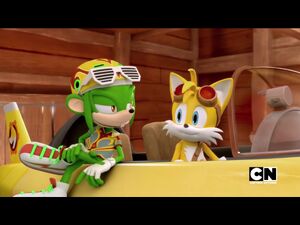 Swifty and Tails hanging out 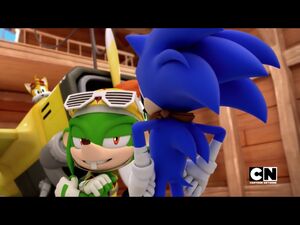 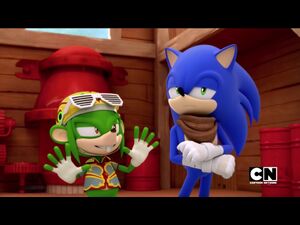 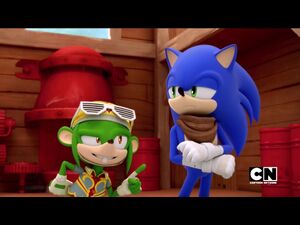 "And the loser leaves town" 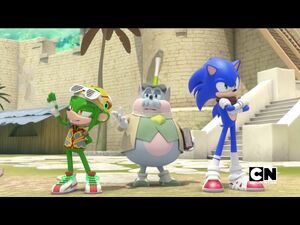 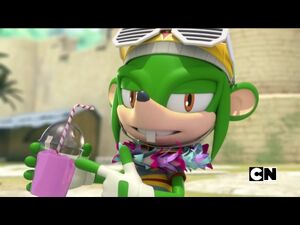 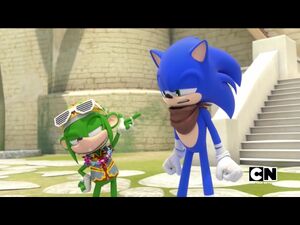 "Looks like someone is going to be banished forever" 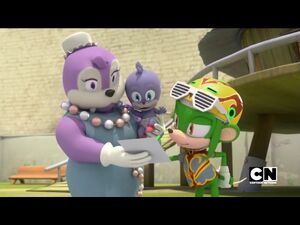 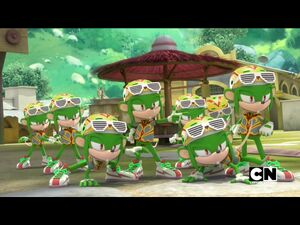 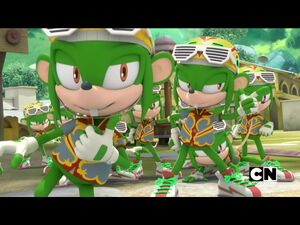 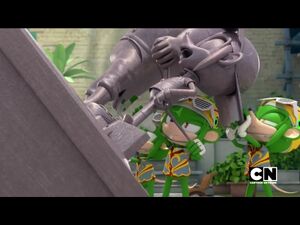 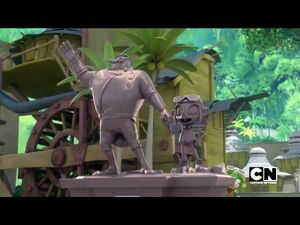 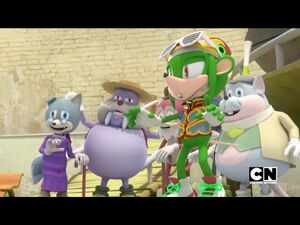 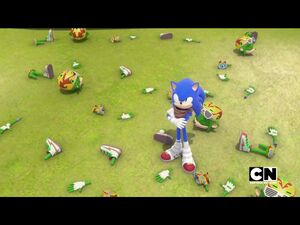 Swifty's death.
Add a photo to this gallery

Retrieved from "https://villains.fandom.com/wiki/Swifty_the_Shrew?oldid=3895340"
Community content is available under CC-BY-SA unless otherwise noted.