Viewing herself as a princess.

Murderous Supervillainess
Ayana Sakanagi, better known as Swim Swim, is a villainess in Magical Girl Raising Project. She is a murderous seven-year-old child who kills many other magical girls. She looks up to Ruler and treats her words as law. She was eventually defeated and killed by Ripple for good.

She is voiced by Inori Minase in the Japanese version, and by Bryn Apprill in the English version.

As a human, Ayana Sakanagi is young girl who has short brown hair with a ponytail hairstyle. In Magical Girl form, Swim Swim has a pink hair with headphones, devil wings, and running shoes.

Swim Swim is a quiet girl who loves princesses.  Although, she is very peaceful and quiet. Aside from 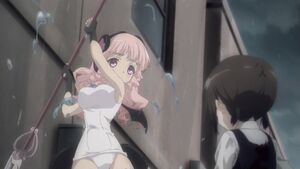 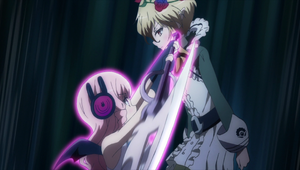 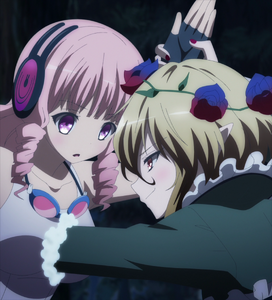 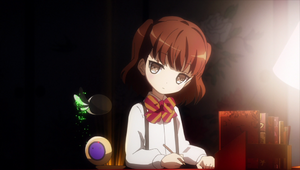 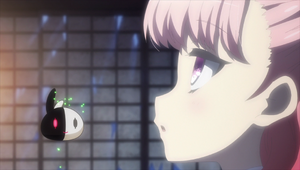 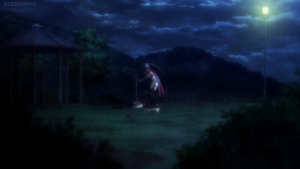 Ripple killing Swim Swim.
Add a photo to this gallery
Retrieved from "https://villains.fandom.com/wiki/Swim_Swim?oldid=3899833"
Community content is available under CC-BY-SA unless otherwise noted.