Overthrow humanity and allow the Roidmudes to claim the Earth.

The Sword Roidmude, originally designated as Roidmude 007, is a Fused Evolved Roidmude and an antagonist in Kamen Rider Drive.

He was voiced by Takashi Ohara.

007 later freed the human criminal Hajime Taga and used a Neo Viral Core to fuse with him to become the Sword Roidmude. He fought Drive and Mach but soon fled. The Sword Roidmude later went after Hayase to get revenge but Drive and Mach again showed up to stop him. After Drive separated Hajime from 007, 007 attempted to escape but was quickly destroyed by Drive. Despite this, his Core was still saved by Roidmude 001.

007 later freed Taga again and fused with him to become the Sword Roidmude. The Sword Roidmude then begins assault officers until Shinnosuke shows up. However, with his left arm having previously been broken, Shinnosuke was unable to even insert the Shift Speed Car into the Shift Brace. Deadheat Mach then appeared to fight Sword, only to be knocked out of his transformation after a brief fight. Kiriko attempted to fight Sword by kicking him but did nothing. Sword then sliced off Kiriko's Shift Car Holder and pushed her off the bridge.

Chase then showed up, beat down Sword and saved Kiriko. Transforming into Kamen Rider Chaser, Chase overpowered Sword and pulled Taga out of him, reverting him back to his state as 007. Chaser then finished the normal Roidmude off with the Full Throttle. 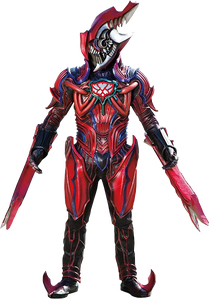 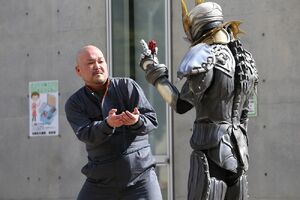 Roidmude 007 freeing Hajime Taga so he can fuse with him. 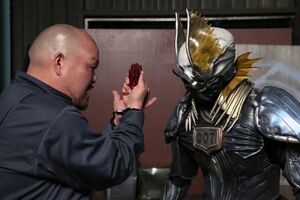 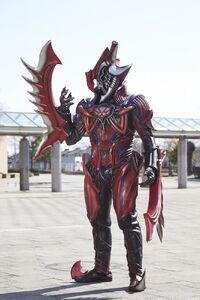 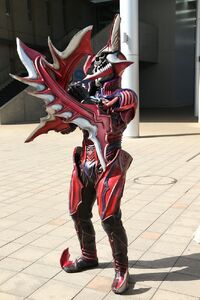 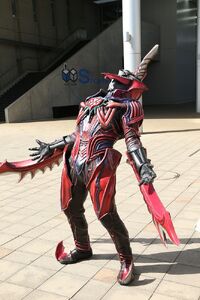 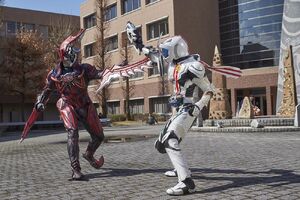 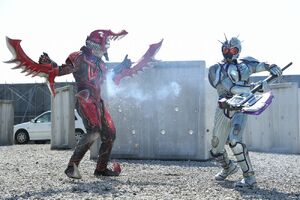