Take out Mari Sonoda and the Spider Orphnoch.

Monster
The Swordfish Orphnoch is an antagonist in episodes 31 and 32 of Kamen Rider 555. He is an Orphnoch with the characteristics of swordfish. His human body is a gorgeous middle-aged man.

He was portrayed by the late Masaki Tachi, who also portrayed Radiguet.

He attacked Mari Sonoda at the direction of Saeko Kageyama, but Aki Sawada intervened and prevented her from being harmed. Later, he appears at the abandoned factory where Sawada and Mari were meeting. He tries to attack Mari again, but is again fought by the Spider Orphnoch. Takumi Inui also transformed into Kamen Rider Faiz and joined the fight. At first the Swordfish Orphnoch holds his own against both the Spider Orphnoch and Faiz, but after Faiz changes to Accelerator Form, he activates "Accelerator Mode" and uses the "Sparkle Cut" to incinerates the Swordfish Orphnoch.

His body has a blade-shaped protrusion coming out of it. He fights by swinging a pair of longswords that emit vibration waves. He is good at sword-wielding, and was able to face Kamen Rider Faiz and Spider Orphnoch at the same time. 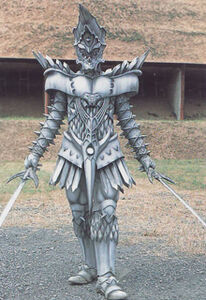 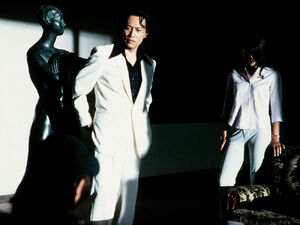 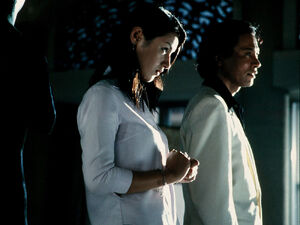 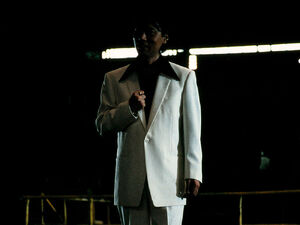 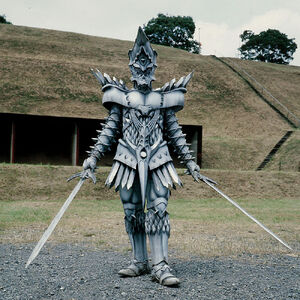 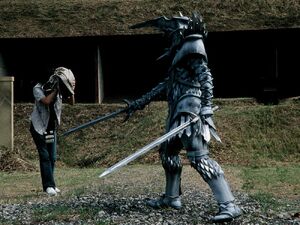 Swordfish Orphnoch closing in on its target. 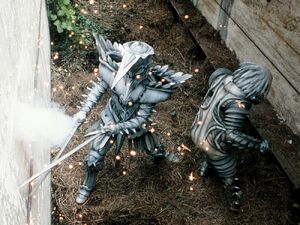 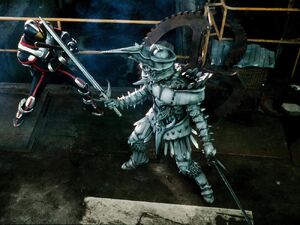