Sing and perform.
Take revenge on Ziro the Hutt.

Sy Snootles is a minor antagonist from the Star Wars franchise, acting as a minor character in the movie Return of the Jedi and a minor antagonist in the 2008-2020 animated series Star Wars:The Clone Wars. She is a Pa'lowick singer who also works as a spy and bounty hunter for the Hutt Clan. She is also the former lover of Ziro the Hutt and the lead singer of the Max Rebo Band.

Born and raised on the planet of Lowick, Sy Snootles eventually left to start a successful singing career, and later made her way to Coruscant where she met Ziro the Hutt and eventually formed a romantic relationship with him. Sy was eventually forced to leave Ziro and go work for his nephew Jabba the Hutt. Ziro promised her that he would return for her, but never did. Sy, broken-hearted, took up spy and bounty hunter work for the Hutt Clan.

Sy was eventually hired by Jabba to kill Ziro and recover his holodiary, which contained the Hutt Council records. She found out that he was being held in the dungeons of Gardulla Besadii the Elder's palace. She managed to perform for the Hutt Council and seduce the guards, making her way to Ziro and, feigning love and kindness, freed him. Gardulla would later send Cad Bane after Ziro.

Sy and Ziro fled to Teth, where they recovered the holodairy. Upon receiving the holodairy, Sy betrayed Ziro and shot him dead, returning the prize to Jabba.

Sy eventually befriended fellow singer Greeata Jendowanian, and the two became a singing duo. The two were eventually discovered by Max Rebo, who offered them singing positions in his band. The Max Rebo Band was employed by Jabba in exchange for food, and performed in his palace often. Sy formed a close bond with the members of the band.

Sy and the Max Rebo band performed the songs "Lapti Nek" and "Jedi Rocks" (the latter of which was improvised by Sy) for Jabba at his palace; however, the performance was cut short when Jabba threw his dancer Oola to his pet Rancor. The band was horrified seeing Oola's fate and annoyed about getting interrupted. Shortly after, Leia Organa attempted to free the captured Han Solo, but she as well as Chewbacca were captured. When Luke Skywalker arrived to free them, he managed to kill the Rancor, but was captured as well. Sy and the Max Rebo Band accompanied Jabba on his sail barge to throw Solo, Chewbacca, and Skywalker to the Sarlacc, but Luke managed to save the day. Leia killed Jabba and the sail barge was destroyed. Sy and the other band members survived, but went their separate ways afterwards. 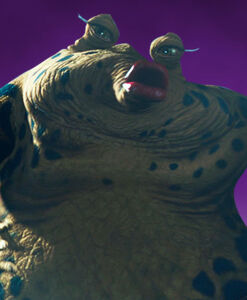 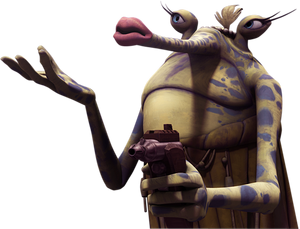 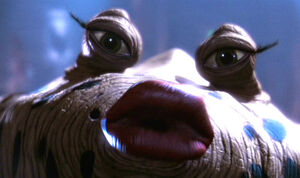 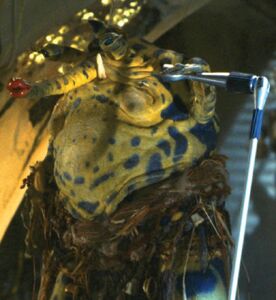 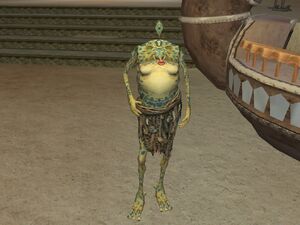 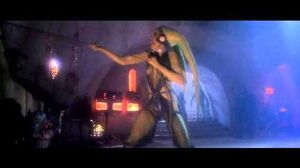 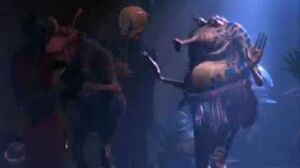