Obtain the "ultimate power" sought by other bounty hunters across the galaxy.

He is a galactic bounty hunter who is the rival of Samus Aran. Not much is known about him, except that he has a strong hatred for the Galactic Federation and Samus for her close association with them.

Sylux first appears in Metroid Prime: Hunters, along with five other bounty hunters: Kanden, Noxus, Spire, Trace, and Weavel, competing in their search for an "ultimate power" said to reside in the Alimblic cluster for various reasons; some of them benevolent and some malicious.

Samus and Sylux first encounter each other on the Vesper Defense Outpost, immediately attacking each other on sight. When their battle turns in Samus's favor, Sylux retreats and lures Samus to an area exposed to open space. Here, Sylux calls in his ship Delano 7 to assist him with its autocannon. Eventually Sylux is forced to cut his losses and retreat after he still can't beat her. For this point onwards; like the other bounty hunters; Sylux will travel the different sectors of the Alimbic cluster in search for the eight Octolith crystals required to reach the ultimate power. Should he beat Samus in combat, he will take one from her and has to be hunted down to retrieve it.

In the end Samus is the one to unseal the Infinity Void said to contain the ultimate power, Sylux and the other bounty hunters immediately entering it after her. Unfortunately, they all discover that Gorea, an evil being that was sealed away by the Alimbics, tricked them. After Sylux and the other bounty hunters break open Gorea's prison, the beast overpowers them and acquires their weaponry, then turns its attention on Samus. She manages to destroy Gorea and save Sylux, but his hatred for her remains unchanged.

While Sylux himself does not appear, his spacecraft can be seen following Samus's gunship at the end of the game.

Sylux is again seen during the game's ending, infiltrating a Federation research station and forcibly hatching an infant Metroid from its egg.

Sylux appears as a trophy and a sticker, the latter of which increases any fighter's indirect attacks. 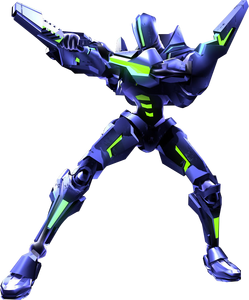 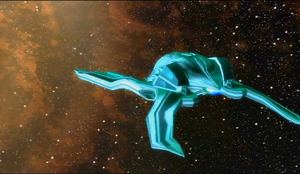 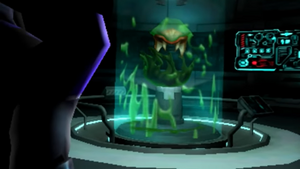