Hiding out in natural disasters.

Gain multiple reset charges and transport them to multiple periods in time in order to sabotage the Sacred Timeline.

Sylvie Laufeydottir, born as Loki Laufeydottir, is a recurring character in the Marvel Cinematic Universe, appearing as the deuteragonist of the Disney+ series Loki and will return in some capacity in the upcoming second season.

She is, as her name suggests, a female variant of Loki Laufeyson. The Time Variance Authority kidnapped Sylvie from her timeline as a child and erased her reality. After managing to escape, Sylvie made as her life goal to destroy the organization. Along her way to put an end to the organization, she met and fell in love with another Loki Variant, who helped her to uncover the truth of the TVA.

She is portrayed by Sophia Di Martino in her first villainous role, as Cailey Fleming played the character young. While possessing some people or when disguised, she was portrayed by Sasha Lane, Lucius Baston, Wunmi Mosaku, Austin Freeman, and Hawk Walts (who also played Shaft in Henry Danger).

Sylvie is a blonde-haired women with blue eyes. She wears a regal suit with green and gold accents, as well as a horned golden crown with the right horn broken off. Before she reveals her face, she wears a black hooded cloak.

Sylvie's presence is first alluded to when Agent Mobius is investigating the aftermath of one of her attacks in a church in Aix-en-Provence, France in 1549. A boy in the church who witnessed the massacre refers to her by pointing to a stained glass portrait of the Devil, and gives Mobius a tube of "Kablooie" bubblegum she had gifted the boy. After the Loki Variant L1130 is informed about the other variant of himself that has been killing people of the TVA, she reappears at the end of the episode, where she burns to death a group of Minutemen searching for her and steals their reset charge.

Later, she kills another group of Minutemen during a festival in Oshkosh, Wisconsin in 1985, the aftermath of which Loki and Mobius investigate. After discovering that branched timelines cannot be created in time periods where nearby disasters are able to negate, the two deduce from the bubblegum tube that she is hiding out in a Roxxcart superstore in Alabama in 2050, during a destructive hurricane. They and a group of Minutemen enter the store, only for Loki and Hunter B-15 to encounter Sylvie possessing a local sheltering from the storm.

Sylvie then possesses Hunter B-15 and later other sheltering locals as she talks to Loki. While Loki offers for the two of them to usurp the Time-Keepers, she declines this, and the two battle each other. She easily overpowers him, and then appears before him physically, where she reveals her true identity as a female variant of himself. She also reveals that she has primed all of the reset charges she stole to teleport to various periods in time before they activate. This plan succeeds as the transported reset charges create multiple branches from the Sacred Timeline. She goes through a time portal, as Loki follows her.

When Loki and herself discover the true creator of the TVA, Sylvie cannot control her rage and slains He Who Remains, his death results in the Sacred Timeline being freed and breaking into numerous branches. Sylvie falls down to the ground, instantly regretting her decision. 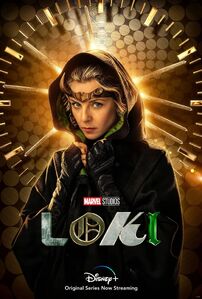 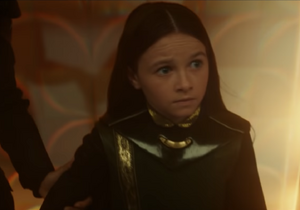 A young Sylvie being arrested by the TVA. 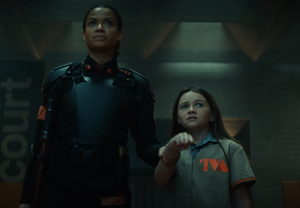 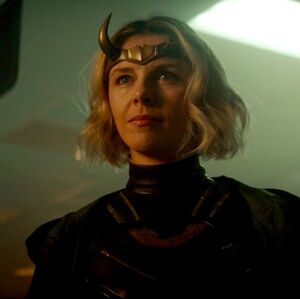 Sylvie revealing herself to Loki. 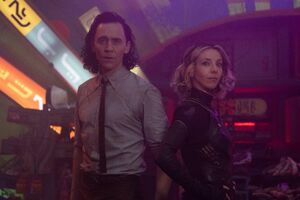 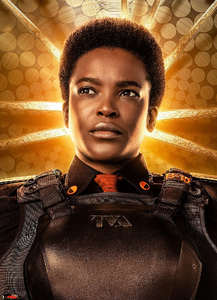 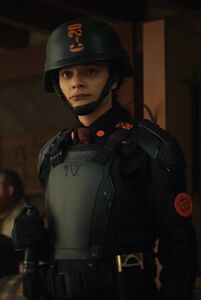 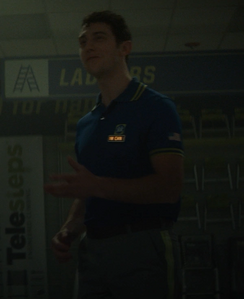 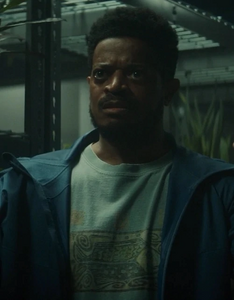 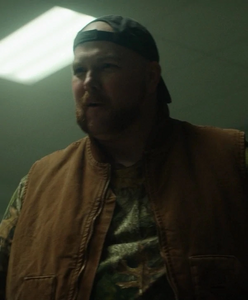