Images and videos of the vengeful supervillain Syndrome from the 2004 Disney/Pixar film The Incredibles. 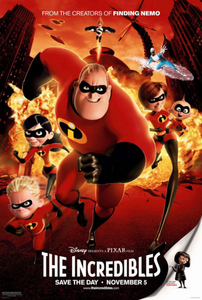 Syndrome on the film's poster. 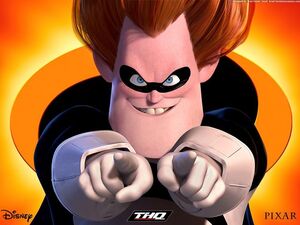 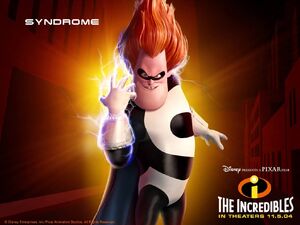 Promotional material of Syndrome.
Add a photo to this gallery

“Get ready for take-off!” - Buddy as IncrediBoy

Buddy ejected out of IncrediCar

Syndrome explains to Mr. Incredible why he became a supervillain

"See? Now you respect me! Because I'm a threat!"

“You sly dog. You had me monologuing.”

A bomb pops out of Syndrome's remote

Syndrome attempts to kill Mr. Incredible with a bomb

"You, sir, truly are Mr. Incredible!" 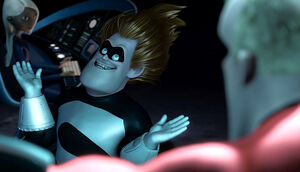 Syndrome hears that it was a direct hit

Oh, this is just too good.” 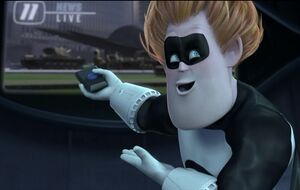 Syndrome showing off the Omnidroid's destruction to the captured Incredibles

Syndrome revealing his true plan to destroy the supers

Syndrome poses as a superhero to the citizens of Metroville 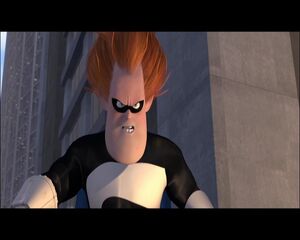 Syndrome is angry when he sees that the Incredibles stop Omnidroid 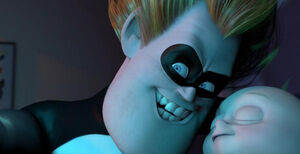 Syndrome being fought by Jack-Jack

Syndrome being sucked into the wind turbine of his aircraft. 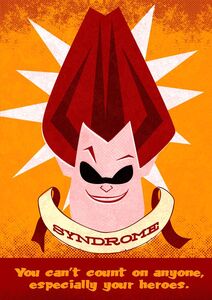 Poster with a quote from Syndrome himself 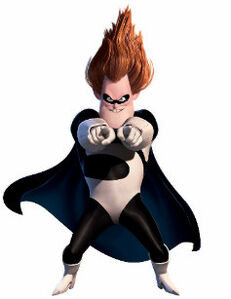 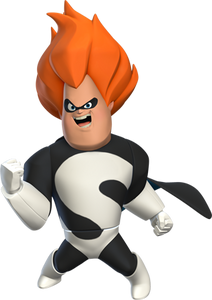 Syndrome as he appears in Disney Infinity 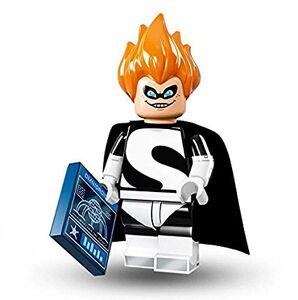 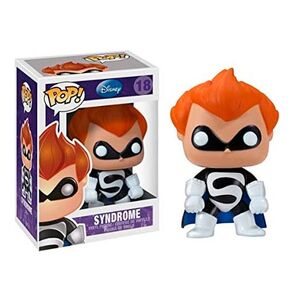 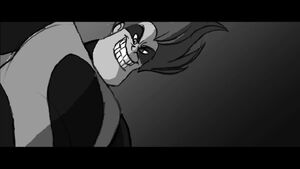 Syndrome as a minor antagonist in an early version of the film, from the deleted scenes.
Add a photo to this gallery 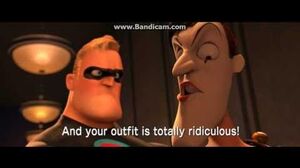 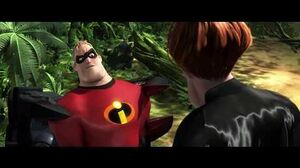 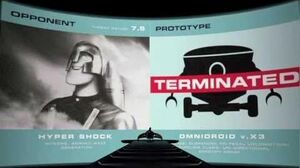 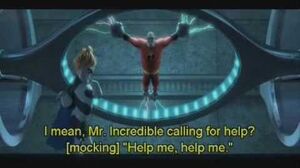 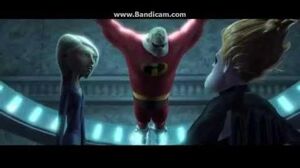 The Incredibles Clip " It'll be easy , like breaking a toothpick!" 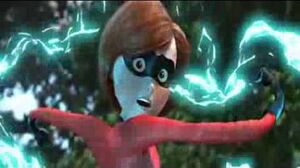 The Incredibles - Got Busy!! 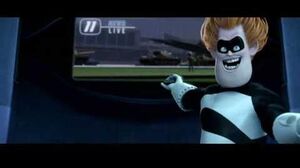 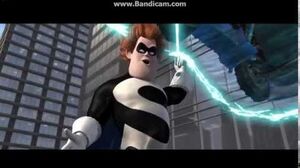 The Incredibles - Syndrome's Hero act Attempt
Add a photo to this gallery
Retrieved from "https://villains.fandom.com/wiki/Syndrome/Gallery?oldid=3947492"
Community content is available under CC-BY-SA unless otherwise noted.