Trying to recreate the Elixir of Immortality.

Recreate the Elixir and make it public in order to devour more people and to gain their knowledge (failed).

He is a sadistic old alchemist who gained immortality aboard the Advenna Avis in 1711 – 200 years prior to the Prohibition Era storyline. He then became obsessed with recreating the Elixir, until his death at the hands of Firo Prochainezo.

He was voiced by the late Kinryū Arimoto in the Japanese version of the anime, and R. Bruce Elliot in the English version, the latter of whom also voices Faust.

Szilard appeared as an old man with white hair and beard. He usually wore a long, black cloak with businessman suit inside it. His appearance did not change much since 1711 due to him becoming an immortal.

Szilard was one of the original immortals back in 1711. After discovering the ability to gain immortality, he tried to persuade the other immortals aboard the ship to spread the words about this elixir. However, Maiza Avaro rejected his offer. Having the other immortals rejected his idea, he decided to take up the offer by himself and started to devour the other immortals in order to gain their experiences and knowledge. His main target was Maiza because he is the summoner of the demon, and the demon granted the recipe to create the elixir to Maiza. However, Maiza has shared the knowledge with his brother, Szilard devoured Gretto, (Maiza's brother), only to discover that he only had half of the recipe. After such chaos aboard the ship, the surviving immortals decided to fight Szilard and pushed him off the ship.

In the 1930s, he created Ennis, a homunculus. With the knowledge of the immortals before him, and half of the recipe he got, he managed to create the elixir, even though the ones who drink it will only be half-immortals, which means that they will be invulnerable and will get regenerative abilities, but will still dying from aging.

He was finally able to create a perfect one, but still hunted for Maiza for his own reason: curiosity.

During the match between Maiza and Szilard, Firo Prochainezo and the rest of the mafia members became immortals due to the alcohol bottles that Isaac Dian and Miria Harvent brought.

In the end, Firo devoured Szilard and gained his knowledge and also the knowledge of the immortals before him. With Szilard's terror ended, Maiza and Czeslaw Meyer decided to gather the other immortals because the threat had finally gone.

As one of the original Immortals, Szilard is more than 200 years old and possess alchemical knowledge and the same abilities as the other Immortals.

Like all of the other Immortals, Szilard can be killed only by another Immortal. He is also unable to create lasting false identities (but can still use temporary fake names) and will automatically tell his real name if another Immortal is in the vicinity, because his body will reject all attempts to lie about that. 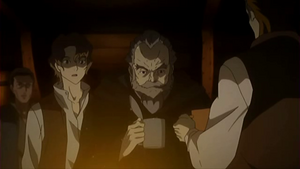 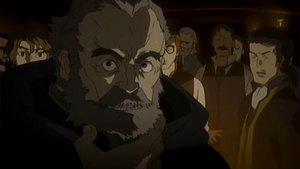 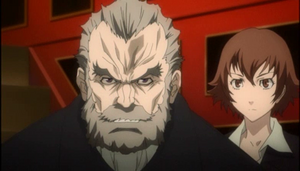 Add a photo to this gallery
Retrieved from "https://villains.fandom.com/wiki/Szilard_Quates?oldid=3709213"
Community content is available under CC-BY-SA unless otherwise noted.