Hating on outsiders and the Federation.

Reassemble the Stone of Gol.

T'Paal is a Vulcan who serves as the primary antagonist in the Star Trek: The Next Generation episode in two parts "Gambit".

She was portrayed by Robin Curtis, who had played Saavik in the third and forth Star Trek films.

In the late 2360s, she was a member of the Vulcan Isolationist Movement. The VIM broke into a Vulcan museum and stole parts of the ancient Vulcan psionic resonator weapon called the Stone of Gol. Using the alias Tallera, she posed as a Romulan mercenary and joined a raider vessel under the command of Arctus Baran in order to retrieve the remaining parts of the Stone of Gol.

A year later Jean-Luc Picard, using the alias Galen, infiltrated Baran's ship. T'Paal decided to reveal her true name to Picard, and told him that she was a member of the V'Shar - the Vulcan security service - in order to convince him to work with her. She and Picard led a mutiny and seized command of Baran's ship.

Finding the final part of the stone the raider headed to Vulcan. Picard asked Riker to contact the V'Shar and inform them that he and their operative T'Paal were on the way to Vulcan, but the V'Shar informed Riker that T'Paal was not a V'Shar agent.

Arriving at Vulcan T'Paal betrayed Picard to the mercenary crew and they beamed down to the T'Karath Sanctuary. There T'Paal reassembled the Stone and killed the other mercenaries with the Stone. Picard realized the way to defeat the resonator was to empty his mind of all aggressive thoughts so the resonator had no effect on him, nor did it have an effect on the Enterprise away team that arrived to rescue Picard.

T'Paal was then taken into custody by Vulcan security, and all three parts of the Stone of Gol were destroyed. The V'Shar began efforts to find the remaining members of the VIM. 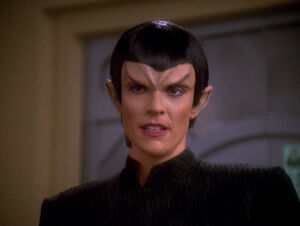 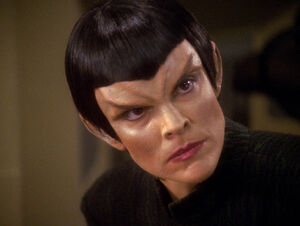 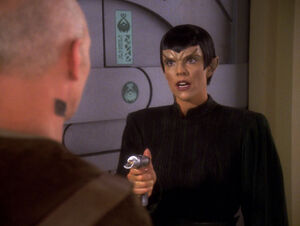 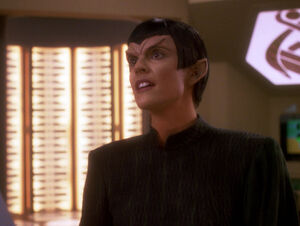 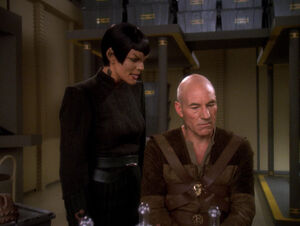 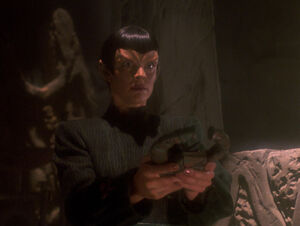 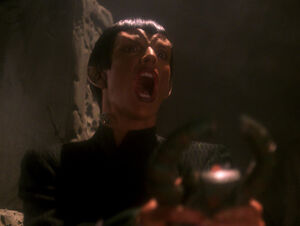