In the 19th century, Age of Exploration

Use Las Plagas to control the world and remake it to their liking (failed).

TRICELL is a company specializing in multiple industries including pharmaceuticals and the main antagonistic faction in Resident Evil 5. They team up with Albert Wesker to use the Las Plagas parasites to control and remake the world in their own image.

It was a multi-industrial conglomerate, prominent in the Federation of Pharmaceutical Companies. It was a conglomerate of three organizations descended from Travis Enterprises. It's name was derived from the triumvirate of cells that formed it. The company was deeply involved with the Las Plagas outbreak in Kijuju.

The three portions making up TRICELL.

Tricell's foundation could be traced to Thomas Travis, an 19th Century merchant during the Age of Exploration when he founded a trading company. With the firm entering the 19th Century, Thomas' wealthy descendant, Henry Travis inspired by the likes of Sir David Livingstone funded an expedition to the African continent. This would have a dramatic impact on the future of the trading firm.

Henry made five expeditions to the continent in all. In his thirty-four years of travels around West Africa, Henry developed an extensive, seventy-two volume encyclopedia on the region by detailing the lives and traditions of its various peoples, the local geology and ecology. Unfortunately, upon his return, his Natural History Conspectus was viewed upon by the scientific community as being largely fabricated or prone to literary license and as a result few copies are printed. Based on the tales that survived into the 21st Century, Henry's elder brother who ran the Travis firm was the cause of this disassociation with Henry's work, having intentionally questioned Henry's work in order to make sure that only the company would believe in the existence of the potential wealth that his younger brother described. Henry fell into a state of depression and died on the second year of his return, having failed to become a childhood hero like Livingstone.

At the end of the 19th Century, the firm made its first expansion by using the geological information from Henry's encyclopedia to make significant inroads in Africa's natural resource extraction by mining for precious metals, oil and gas. It was during this process that the company began obtaining samples of various African animal and plant species, intending to sell them to the naturalists within the scientific community. The medicinal qualities of some of these samples are noted by the company as a potential source of revenue, thus creating the third 'cell' of the company which was the pharmaceutical sector in the mid-20th century.

In the 1960s, the company went through a significant change with the three sectors by becoming the "cells" of the new company, "TRICELL".

After the Umbrella Corporation was indicted in the instigation of the Raccoon City Destruction Incident through illegally developing biological weapons, the Federation of Pharmaceutical Companies (FPC) – which TRICELL's pharmaceutical division was a member of – was quickly disgraced, as people began to distrust many of the organizations that made up the federation thanks to Umbrella's own place as a senior member of the FPC. The organization's reputation was damaged further when it became apparent that Umbrella was using its fellow medical corporations as suppliers for chemicals that Umbrella used for its bio-weapons program. The FPC and TRICELL willingly handed over documents regarding their dealings to be used against Umbrella after it was agreed that they themselves would not be investigated further. After Umbrella lost the Raccoon Trials, the FPC began to restore its image by founding and funding the Bioterrorism Security Assessment Alliance (BSAA). TRICELL was soon a major funder of this organization.

Despite this, TRICELL showed intimate interest in the use of bio-weapons so soon after the formation of the BSAA; as they had assisted in the development of the t-Abyss Virus, which they managed to re-acquire a sample of thanks to their moles Jessica Sherawat and Raymond Vester in the BSAA and the FBC, respectively, during the Queen Zenobia incident.

When a fellow pharmaceutical giant – WilPharma – collapsed after it was revealed that their head researcher Frederic Downing had made dealings with bioterrorists by selling the samples of the t-Virus in order to make hefty profits for the company once the t-Vaccine entered circulation, TRICELL purchased what was left of the company. During its investigation of the corporation's ruinous Air Dome Laboratory, its hazmat crews stumbled upon part of a tail believed to be from the G-Virus-infected Curtis Miller. The company proceeded to hack into the computer of US Senator Ron Davis as well as having him assassinated and completely wiping it to tie any loose ends up.

TRICELL Africa and partnership with Wesker

Albert Wesker, an ambitious agent with insatiable power hunger made sure that Umbrella toppled after betraying it on behalf of his other employer. He broke into the corporation's final stronghold in the Caucasus and stole all of its data, planning to build his own version up to lead the world into a new era. After his ordeal in Russia in 2003, Wesker contacted Tricell and decided to secretly work with them.

Wesker agreed to provide Tricell with the viral samples of the Tyrant virus and the T-Veronica virus for research in exchange for capital to add to his accumulated resources which are salvaged from Umbrella which he initially intended to replace. However, he would soon find out that his destiny had more to come as he met with Oswell E. Spencer who was Umbrella's fugitive CEO and learned about his origins. Deciding that Spencer's vision was truly why the world needed to be repaired, Wesker killed him and decided upon a new way to remake the world that he saw as destroying itself. Thus, he continued working with Tricell by using all of his amassed research and assets.

Wesker and Excella would meet and discuss about each other's ideals. They agreed greatly upon the idea of changing Earth for the sake of humanity. They forged a partnership and Wesker motivated Excella to take the CEO position that she so craved. To quench the doubt among her superiors, Excella needed to prove the usefulness of the plan that she and Wesker proposed. Wesker provided them with a Plaga sample and perfected it by creating the Type 2 and Type 3 Plagas with the assistance from Tricell's researcher, Ricardo Irving. The parasite's success ensured the security of Excella's position as CEO of Tricell Inc., Africa. The two began the creation of the most deadly virus yet, the Uroboros virus which was an advanced strain of the Progenitor virus.

Having all of Umbrella's data and Spencer's personal records at his disposal, Wesker managed to lead Tricell to the abandoned Umbrella Africa Research Center and began the production of Uroboros there by setting a base up with Excella. Eventually, however, Tricell's doings in Africa would be discovered by the BSAA's deployed agents, Chris Redfield, Sheva Alomar, Jill Valentine and Josh Stone. Irving was inevitably defeated, Jill was rescued from her brainwashed state and Wesker ultimately betrayed Excella, revealing that he considered himself a god and never intended to be a "king" with Excella as his "queen." Nevertheless, he was defeated by Chris and Sheva and destroyed along with Uroboros.

End of TRICELL and legacy

Following Wesker's failed plans, the number of human rights violations connected with a number of Tricell's researchers and the implications of Tricell's pharmaceutical division dealing in the bioterrorism market, the rest of the company was condemned by the events following the BSAA investigation. By 2011, the stirrings about a new virus and references to Tricell came from Washington and the news hit TerraSave senior Neil Fisher who expressed his concerns regarding it toward a fellow member named Claire Redfield. However, Claire reassured him that Tricell was gone for good and there was nothing to worry about.  A B.S.A.A. member named Barry Burton encountered the B.O.W.s that are created on a secluded island by Alex Wesker by using the same Uroboros virus that was conceived by her "brother", Albert Wesker and TRICELL. 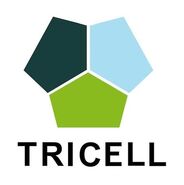