Free the Bahrag in order to reawaken the Bohrok swarm again (succeeded but failed due to Tahu using the Vahi's power)
Defeat the Toa Nuva (failed).

Tahnok-Kal is one of the main antagonists in the first-half 2003 story in the BIONICLE series. It was a mutated Tahnok who served as the leader of the group of the mutated Bohrok called the Bohrok-Kal, whose goal is to free the Bahrag, the queens of the Bohrok swarm and to reawaken the swarm once again to be unleashed on the island of Mata Nui.

Although its appearance resembled the normal Tahnok, the difference is that it had a silver head with the symbol engraved on its face. It also had two pairs of blue eyes and a red body with silver feet. It also carried two pairs of silver Shields of Electricity as well as the silver Krana-Kal Xa.

Tahnok-Kal was once an Av-Matoran, who was destined to transform into the Tahnok. Eventually, it was exposed to a mutagenic substance by the Bahrag, thus transforming into into the Bohrok-Kal.

Later along with the other Bohrok-Kal as well as the entire swarm, they then went into hibernation in their nest, awaiting their time of cleansing the island of Mata Nui in the preparation of the Great Spirit's reawakening.

Following the Bahrag's defeats in the hands of the Toa Mata, the small group of Bohrok Va went into the deeper level of the nest. They eventually awakened Tahnok-Kal and the other Bohrok-Kal. Soon after that, the Bohrok-Kal learned of the situation and decide to free the queens in order to reawaken the swarm once again.

After organizing a plan to rob the Nuva Symbol, the Bohrok-Kal attacked Ta-Koro. During the fight, Tahnok-Kal quickly imprisoned Jaller in a electrical cage and stole Tahu's Nuva Symbol. After that, it defeated Tahu by bringing the stone archway down on him.

As the Bohrok-Kal came closer to completing their mission, Tahu tried to use the Mask of Time to stop them. This failed, as it created a shield around the Toa that prevented them from stealing the Krana. To Gali's suggestion, the Toa Nuva joined their Nuva symbols and overloaded the Bohrok-Kal with their power. Tahnok-Kal's parts were permanently fused together.

As the leader of the Bohrok-Kal, Tahnok-Kal was completely cruel, short-tempered and arrogant. Along with the others, it have one goal in its mind; was to free the Bahrag and reawaken the Bohrok once more in order to carry out their goal. Its short-tempered personality also reflexed its lightning like speed as it sees those who see it in action. 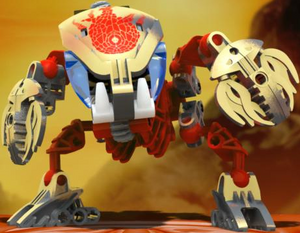 Tahnok-Kal in the set form. 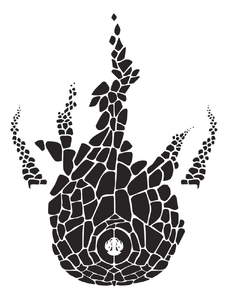 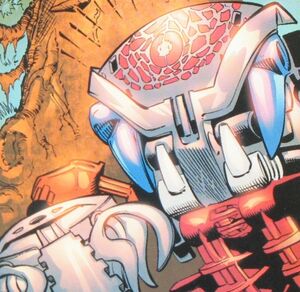 Tahnok-Kal as it appears in the comics. 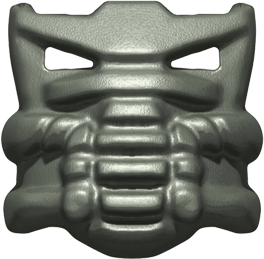 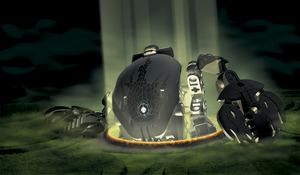 Tahnok-Kal's defeat as it was overloaded with the Toa Nuva's power. 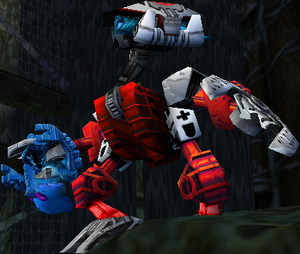 Tahnok-Kal in BIONICLE: The Game.