Leader of the Demon Bat Tribe

Keep Shiori in his cave to preserve the bat barrier, Destroy every human in the local village (both failed)

Taigokumaru is a minor antagonist in the anime and manga series Inuyasha.

He was voiced by the late Ryūji Saikachi in the Japanese version of the anime, and Scott McNeil in the English dubbed version.

He is an elderly bat daiyokai and the leader of the Demon Bat Tribe. He is the father of Tsukuyomaru and the grandfather of Shiori. Despite appearing in only two episodes, he is arguably one of the most despicable villains in the series, being one of the few whose cruelty extends to even his own family.

Taigokumaru was the leader of a clan of bat demons and father to Tsukuyomaru, who fell in love with a human woman, Shizu, with whom he would later have a half-demon daughter named Shiori. The love he felt for Shizu estranged him from his father, as well as his choice to abandon the hereditary duty of guarding the barrier.

This estrangement led Taigokumaru to kill his own son, but he did not kill Shizu when he realized she was pregnant with his grandchild, since he needed Shiori to be the next guardian of the barrier.

Taigokumaru made a deal with the nearby village that if they gave his granddaughter to him, he would let the village be. After Shiori was born, the villagers ostracized her and eventually gave her to the demon, but Taigokumaru reneged on his part of the bargain and attacked the village.

Inuyasha then intervened, but could not harm Taigokumaru due to the barrier, but when Taigokumaru revealed in front of Shiori that he killed her father, she turned on her abusive grandfather and enabled Inuyasha to kill him with the Backlash Wave. Even so, his spirit emerged from the orb and attempted to drag Shiori into Hell with him, but his attempt was foiled when the spirit of his son intervened and defeated him permanently.

Taigokumaru was an extremely cruel and ruthless daiyōkai who cared very little for others, even his own son, whom he ultimately murdered (and brutally at that) over a mere disagreement. Taigokumaru later admitted to killing Tsukuyomaru to Shizu and Inuyasha, saying that he took great pleasure in the deed. Nobody mourned Taigokumaru's demise as a result of this revelation, and Inuyasha outright stated that he deserved to die for what he did.

Like most demons in general, Taigokumaru felt great superiority to humans. Taigokumaru forced Shizu to give Shiori to him and he promised that he and his bat demons would no longer attack the village if she did so; he later went back on his promise and ruthlessly attacked the village, calling Shizu foolish for believing that he would keep a promise to a mere human. He was also extremely egotistical, being completely certain that Inuyasha wouldn't be able to defeat him.

Despite his arrogance and hatred for half-demons, Taigokumaru seemed genuinely impressed by how Shiori could control the bat barrier, acknowledging that even he wasn't able to control it like she could. His underestimation of Shiori proved to be his undoing as he was completely unable to see her betrayal coming after announcing that he was the one who murdered Tsukuyomaru, along with the fact that he took Shiori's loyalty for granted.

Taigokumaru also appeared to be rather intelligent, when he noticed that Inuyasha was a half-demon like Shiori, he quickly deduced that Inuyasha must have felt sympathy for her and was recalling his own situation. It was unknown if he actually cared for Shiori, as he mentioned that he actually valued her compared to the villagers that ostracized Shiori and didn't hesitate to sacrifice her, though this was likely a facade as he saw Shiori as the only source to maintain the bat barrier and tried to kill her as he died. 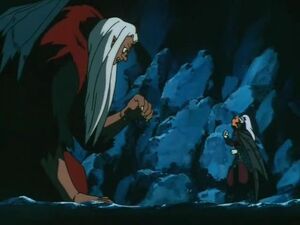 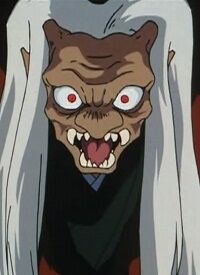 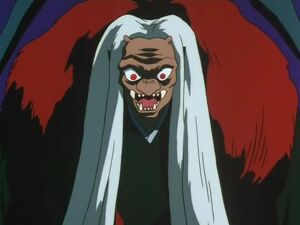 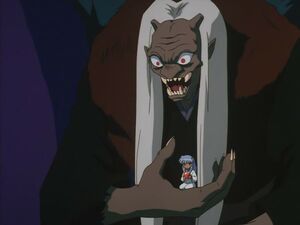 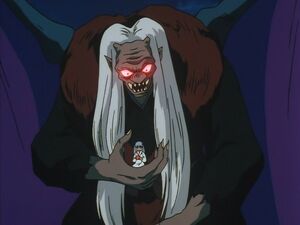 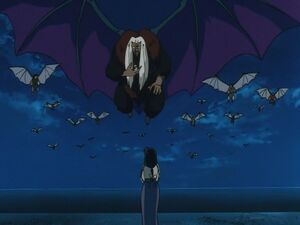 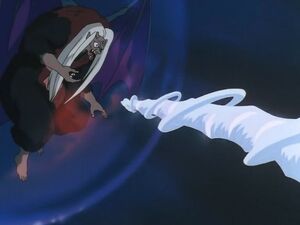