The Tails Doll (also mistakenly called Puppet Tails or Tails Puppet) is a character in the racing game Sonic R for the Sega Saturn, seemingly intended as a robotic counterpart to Miles "Tails" Prower in the same vein as Metal Sonic, but came across as very strange and creepy due to the fact that it was a "doll" instead of an actual robot.

Unlike the related Metal Sonic, Tails Doll is intended for racing rather than fighting, and presumably carries no weaponry. Its light weight allows it to float over the ground, bypassing some obstacles.

Some of the "facts" stated about the Tails Doll:

It is the void in which existence itself is meaningless, and hence suffers eternal hunger. A hunger for the life it can never aspire to. Its insatiable appetite is for souls.

It is all your darkest secrets, and some that you have yet to discover. It is everything and nothing. It is the future. It is the Omega, the end. It is also orange, and somewhat fuzzy.

After I got home from work I thought I'd buy a game for my son. He was into the Mario, Sonic, and Donkey Kong type stuff so I got him a game I don't think he's ever played yet. It was Sonic R. It was a racing

game as I heard and at the time was pretty new. I raced home to give him the game and kissed my wife on the cheek. I held her and she was happy for me giving him a present.

Its screech was awful and it left a trail of my blood behind it. It said it has what it needs, knowing it can't finish its job tonight. Ever so to this day, I am afraid to go to sleep at night. My sleeping patterns are scattered apart. I go to sleep at around 6:00 AM and wake up at around 8:00 PM to start my day. I know this may sound fake... but it isn't. I swear to this very day and I'm shocked to even think about falling asleep at this night period.

The seven pure souls are mysterious beings. They are humans. They have special power like pyrokinesis, shapeshifting or have no powers at all. The Tails Doll is always after them since it's their main weakness and a life threatening threat. They are attacked for no reason but to kill them and devour their souls but the Tails Doll always failed. Whenever the Tails Doll tries to kill them, it failed because the seven pure souls have the power to transfer their powers to other family members which causes their family members to become pure souls like them. They can only transfer their powers when they are dying. If all pure souls combine their strength, they can defeat the Tails Doll but can't kill it since it's immortal. It will return again after dying. The eight pure soul is a mysterious being which isn't found yet. It is unknown whether it exists or it's just a myth. 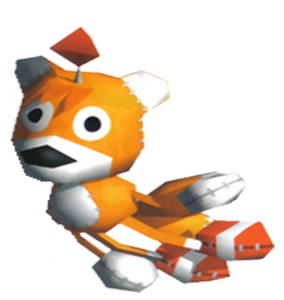 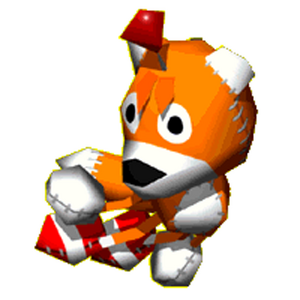 Tails Doll as it appears at the end of Sonic R 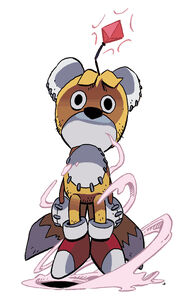 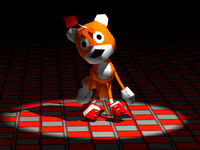 Retrieved from "https://villains.fandom.com/wiki/Tails_Doll?oldid=2465315"
Community content is available under CC-BY-SA unless otherwise noted.