Destroy Zim for having her trapped in her cell and causing her to wait another 70 years (failed).

Tak is the titular main antagonist of Invader Zim episode "Tak: The Hideous New Girl". She is a female Irken warrior. Her main goal is to take Zim's "mission" because Zim had ruined her training as an Invader. Vicious and determined, she is more focused on trying to gain for herself an honorable title as an Invader than revenge; Zim just happens to be in the way of getting it.

She was voiced by Olivia D'Abo.

50 Earth years prior to Zim's arrival on Earth, Tak was going through training to become an Irken Elite, with the possibility of being chosen as an Invader. However, Zim caused a major blackout throughout half of Devastis when he chose to retrieve a snack from a faulty vending machine by using a large robot to shoot straight at it.

The resulting explosion blasted half the planet's power grid and trapped Tak in a training cell on the day of examination. Despite the catastrophic power outage, all tests continued on the other still-working side of the planet, leaving Tak stranded. She pled her case to her assigned Control Brains in hopes for some leniency, but her request was promptly denied. She was put into a janitorial squad to do hard labor on Planet Dirt for the duration of 70 Earth years before she could retake the examination.

However, her ship crashed in Dib's yard. Discovering that Zim was on the planet, Tak resolved to prove herself and get revenge on Zim by taking over Earth.

Tak first appears when thel bell rang, as all kids said hi to her. Tak gives everyone sausages except for Zim.

She reads a poem to Zim, only to give him meat covered in barbecue sauce. She later sits in Keef's sit.

after giving Zim to much pain, Zim breaks up with her she laughs wholly & mockingly. Only to figure out that she's an Irken. After figuring out, Zim gets confuses on why Tak is an Irken invader. Tak explains to Zim about her past which reveals about why she has a hatred of Zim.

When Did & Gaz appear in Tak 's Lair, as talk tells fun about his people that most of them don't notice. After Zim comes to stop Tak, she reveals that she promise her plan to the Tallest. While MiMi attacks them, Tak escapes.

She was later flee in her escape pod after MiMi was controlled, after the earth was saved, Tak warns Zim that the Almighty Tallests lied to Zim, & tells Zim she'll be back. But before she finished talking to Zim, Zim ignored her as She & her minion both got ejected. It's currently unknown what happened to Tak afterwards, but it's likely that she is either stranded on some planet, was killed if the escape pod crashed or is just waiting to strike back against Zim again.

Despite the fact that she appears in only one episode, it is clear that Tak's defining characteristics are that she is vindictive, uncaring, cruel, mysterious, and rather cunning. Despite this, Tak does seem to have a more sophisticated side. She is shown to have a far more advanced disguise than the actual invaders, choosing a hologram over a paper-thin disguise, and taking advantage of the population's obliviousness. Because she is only featured in a single episode, her personality is not explored to an extensive degree. However, it is very clear that she is a more than capable Invader. Oftentimes, her behavior is misread by audiences as denial of wanting revenge. However, the suffering she inflicts on Zim before revealing herself can be interpreted as not just a joy but a means to throwing him off-track while she constructed an enormous magma pump disguised as a Deelishus Weenie stand. She states that she doesn't want revenge, but to claim what's rightfully hers. 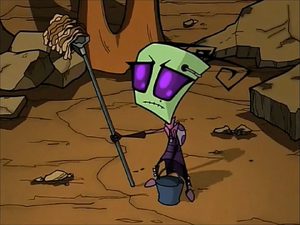 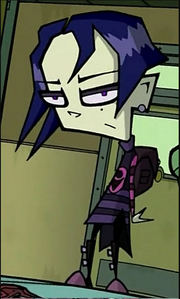 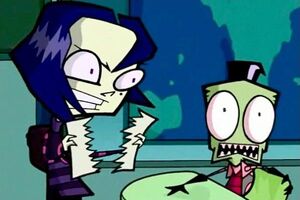 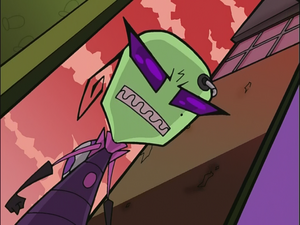 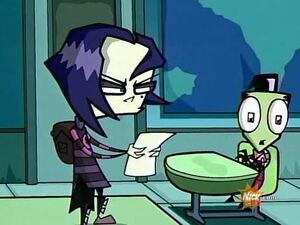 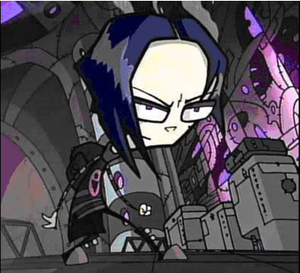 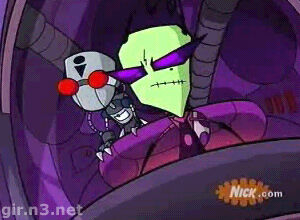 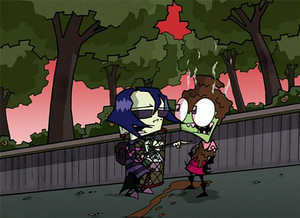 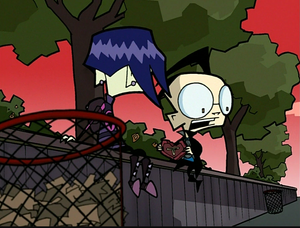 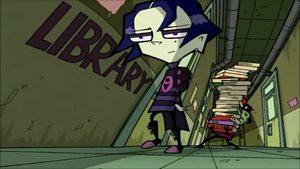 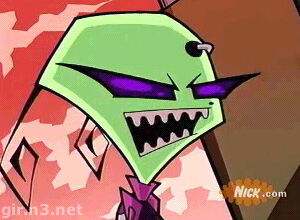 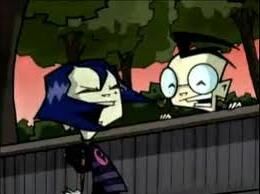 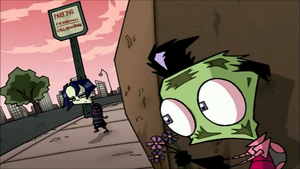 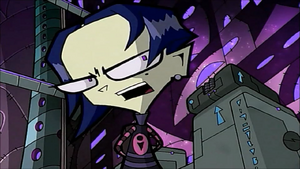 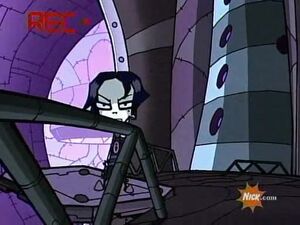 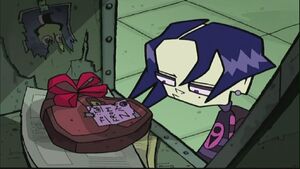 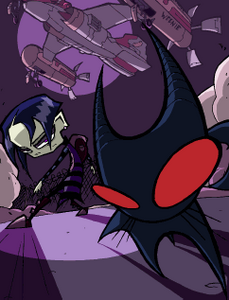 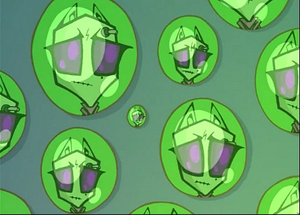 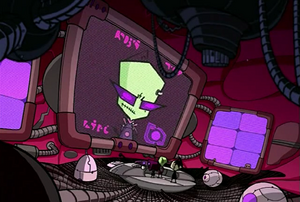 Retrieved from "https://villains.fandom.com/wiki/Tak_(Invader_Zim)?oldid=3974419"
Community content is available under CC-BY-SA unless otherwise noted.