Competing in the Battle Fight.

The Eagle Undead, also better known as Takahara, is a Category Jack of Spades Undead and a supporting antagonist in Kamen Rider Blade.

He was portrayed by Yasufumi Hayashi.

10,000 years ago during the Battle Fight, the Eagle Undead made a pact with Chalice that they would be the two last Undead standing and would fight each other.

In the present day, Takahara mistook Hajime Aikawa for the Mantis Undead after he saw Hajime transform into Chalice. He was later sealed by Blade's Lightning Sonic.

The Eagle Undead was summoned by Chinomanako in the World of Shinkenger. He was destroyed by Kamen Rider Kuuga, Shinken Blue, and Shinken Yellow.

In the alternate timeline where Shocker conquered the world with their kaijin Shocker Greeed, the Peacock Undead was one of the kaijin who joined Shocker. 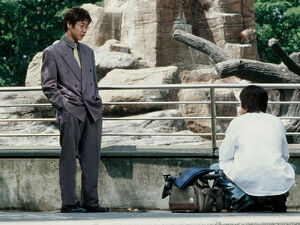 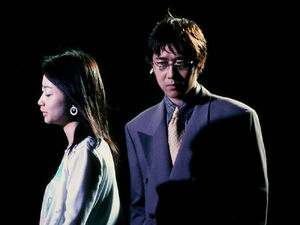 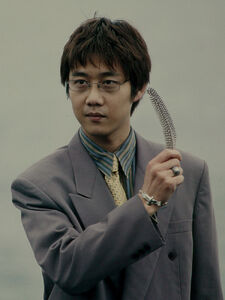 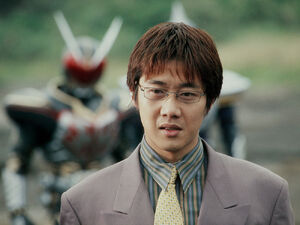 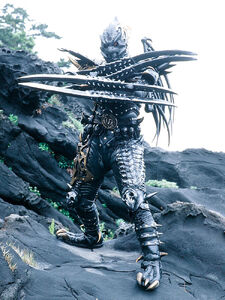 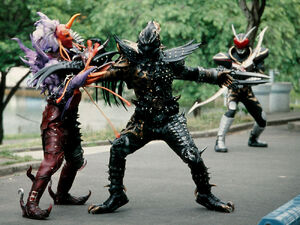 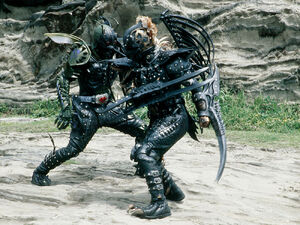 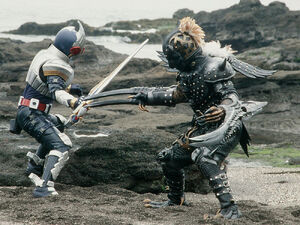