Villains Wiki
Register
Don't have an account?
Sign In
Advertisement
in: Kamen Rider Villains, Doctors and Scientists, Criminals,
and 51 more

Scientist at the Touto Institute of Advanced Matter Physics (formerly)

Unravel the secrets behind the Pandora Box.

Neutral Mad Scientist
Takumi Katsuragi, nicknamed by his colleagues as "The Devil's Scientist" for his ruthless pursuit of knowledge, is one of the three co-founders of the Faust organization and a minor antagonist in Kamen Rider Build.

Katsuragi was the first to realize how Nebula Gas from the Skywall could be utilized and formed Faust to continue his research covertly. He is the one responsible for inventing devices such as the Build Driver and the Transteam Gun.

He is later revealed to be the original identity of the protagonist, Sento Kiryu and the first Kamen Rider Build before his memories were wiped and his face was altered.

Takumi Katsuragi was originally one of the top researchers at the Touto Institute of Advanced Matter Physics and the one in charge of studying the Pandora Box. He would earn the nickname "the Devil's Scientist" from his colleagues for his willingness to sell his soul for the sake of research. He later co-founded Faust alongside Night Rogue and Blood Stalk as a way to secretly carry out human experimentation.

During his time at Faust, Katsuragi reverse-engineered the Evol-Driver to create the Build Driver, which he used to transform into Kamen Rider Build.

However, Katsuragi later discovered both Night Rogue and Blood Stalk's true identities, as well as Stalk/Evolt's plans for the Pandora Box and connection to Ryuga Banjou. Katsuragi plotted to stop Evolt, but failed when the alien sneakily switched his fully functioned Build Driver with a dummy one and knocked out immediately. Stalk then swapped Katsuragi's identity with a man named Taro Satou, wiped his memories and killed Satou so he could frame Ryuga Banjou for it.

Stalk later reverted to his civilian identity of his host, Soichi Isurugi and "found" Katsuragi, giving him the new name of "Sento Kiryu".

Back at nascita, Takumi was confused as to why Ryuga Banjou was helping them, as he had Evolt's DNA within him. He also recognized Misora Isurugi as the one who purified Fullbottles for Faust and told her "nothing personal" about his actions with them. Gentoku Himuro then entered the room, causing Takumi to express a slight surprise.

The two then went outside to talk near the ruins of a fight between Touto and Seito's forces. Takumi commented that he had never expected war to actually break out and had only wanted to defeat Evolt. As Gentoku apologized for his actions as the leader of Faust, Takumi expressed anger at him for deceiving him, stating the Build Driver's only purpose was to defeat Evolt and not to be used for war.

Later on, Takumi accompanied the other Kamen Riders as Build to go fight Evol. He engaged Evol in his Build RabbitRabbit form though, as he had lost his memories as Sento, he did not have the experience to wield it properly. He later bore witness in horror as Nariaki Utsumi defected to Evol's side and became Kamen Rider Mad Rogue.

Retreating to the nascita cafe, Takumi discussed with the other members of Team Build what to do about Evolt, noting that it was odd that he, having destroyed countless other planets, would now want to rule over one. After Ryuga left the room to go sit outside, Takumi announced his intentions to create the Genius Fullbottle and use it to kill both Evolt and Ryuga, stating that, since Ryuga had Evolt's DNA within him it could surface at any time and thus Ryuga could not be trusted. He was later confronted about this while he was working on the Genius Fullbottle by Misora Isurugi, who suggested trusting Ryuga not to turn into Evolt, but Takumi rebuffs the notion as being from a "children's manga".

Takumi later went to fight Mad Rogue as he was leading an attack on Touto, showing up just after Mad Rogue had knocked Kazumi out of his transformation. Cross-Z asks his intentions, but Takumi just tells him he's not there to help him out before transforming into Kamen Rider Build RabbitRabbit form, stating that he figured out how to transform into it by adjusting its Fullbottles more to his liking. He then fights Mad Rogue, who comments that out of everyone, he would have figured that Takumi would understand the most why he had sided with Evolt. Build then tries to transform using the Genius Fullbottle, but finds he cannot use it and instead winds up being forced out of his transformation by Mad Rogue. Cross-Z then steps in and holds Mad Rogue off from finishing off Takumi, telling the scientist he lacks the compassion for others that Sento had and that that's why he can't transform. Watching Ryuga be forced out of his transformation by Mad Rogue, Takumi thinks back to the determination Gentoku showed earlier when he was injured. Spurred on by recent memories of Ryuga and Gentoku, Sento's memories resurface and merge with Takumi's, allowing Sento's personality to come back.

Making a playful remark to Ryuga, Sento announces that "the egotistic superhero has returned" before using the Genius Fullbottle to transform into Kamen Rider Build Genius Form and face off against Mad Rogue.

In contrast to his personality as Sento Kiryu, Takumi is much more cold-minded and ruthless, willing to pursue knowledge at cost, which is what earned him his nickname of the "Devil's Scientist". Though his ultimate goal was to defeat Evolt, Takumi held little concern for the well-being of others. He showed no remorse for the harm his experiments did to Misora while she was with Faust and was even willing to kill Ryuga Banjo if it meant defeating Evolt.

It is strongly suggested that Takumi's current personality was a result of witnessing the Skywall Incident and losing his father, as after losing his memories and becoming Sento Takumi was more caring to others and made sure his experiments with Fullbottle purification did no harm to Misora like they had while he was in his previous persona. Takumi's old personality would later resurface when Evolt restored it and suppressed his memories of being Sento, but "Sento" would eventually return after Takumi realized he could not defeat Evolt without the determination to protect his friends. After Sento resurfaced, Takumi split off into a separate personality and would often converse with Sento inside their head. 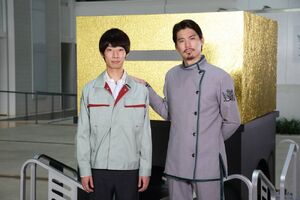 Takumi being brought in by Gentoku to what would become Faust. 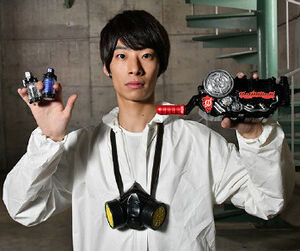 Takumi with the Build Driver and two Fullbottles. 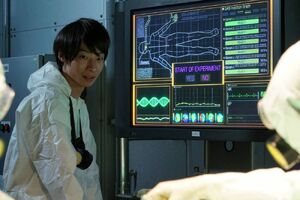 Takumi conducting an experiment on a human test subject. 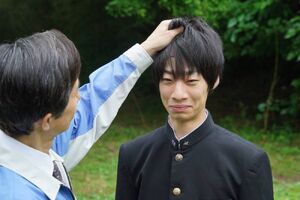 Takumi with his father in the past. 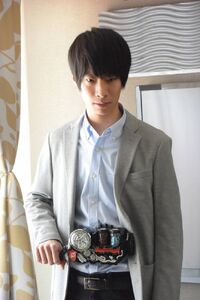 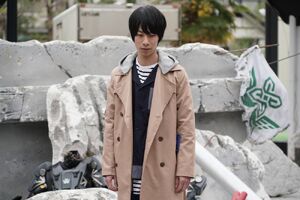 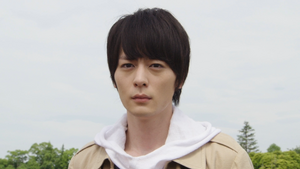 Takumi Katsuragi in his new identity of Sento Kiryu. 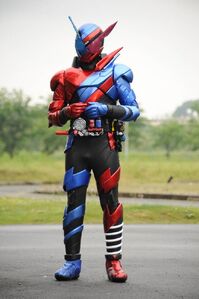 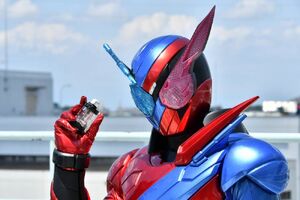 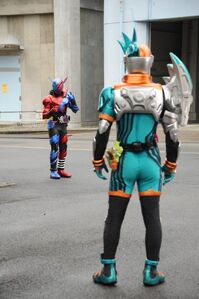 Build visiting the World of Ex-Aid. 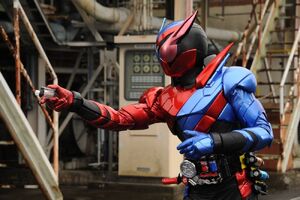 Build reaching out with his empty Fullbottle. 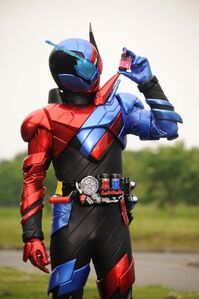 Build with a new Fullbottle. 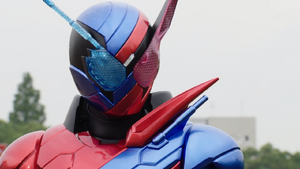