Tala is a villain from DC Comics. She is the archnemesis of the Stranger. She is a demoness and a mistress of Hell, and her motives reflect such origins, as she is known for either trying to doom mortals' souls to ruin or aiming to unleash apocalyptic evils upon the world. She has claimed to find the Stranger attractive and is thus interested in him, but the comics have never followed through on these hints, nor are these claims known to be true.

In Justice League: Unlimited, she was voiced by Juliet Landau who played Drusilla in Buffy the Vampire Slayer and its spinoff Angel.

Tala was one of the key members of Project Cadmus. Her role in the government black ops group is never specifically detailed, although it would be best determined that she is responsible for mystical and magical projects such as attempting to reverse engineer the Annihilator, Hephaestus' living suit of armor made for Ares. While she is portrayed as a project leader, sitting at the conference table, she gets trapped in a mirror by the trickery of Felix Faust.

Tala reappears as a member of Grodd's Legion of Doom. She has taken over Giganta's position as Grodd's female companion and also serves as the legion's master of magic and mysticism.

As Lex Luthor took control of the Legion from Grodd, Tala quickly changed positions, swearing allegiance to Luthor and becoming his new groupie.

Tala gets fed up with Luthor, as he is consumed with the task of restoring Brainiac, so she goes to the imprisoned Grodd and helps him mount an insurrection on Luthor. Lex, however, defeats Grodd and, thanks to a very expensive magic amulet he purchased in case she attacked him with her magic, takes Tala prisoner. She tries to woo her way back into Luthor's good graces, but he reveals that he has other plans for her. Hooking her up to a machine, Lex uses Tala as a power conduit to restore Brainiac, but as a final mocking, Tala resurrects Darkseid instead. 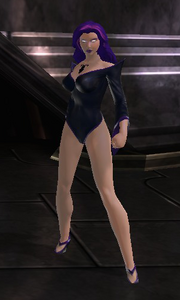 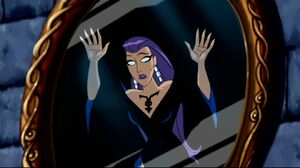 Tala trapped behind the mirror 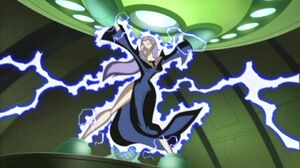 Tala betrayed and sacrificed
Add a photo to this gallery 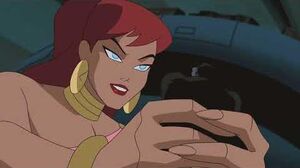 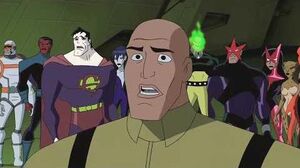 Darkseid Resurrected Justice League Unlimited
Add a photo to this gallery
Retrieved from "https://villains.fandom.com/wiki/Tala?oldid=3553543"
Community content is available under CC-BY-SA unless otherwise noted.