Leader of the League of Assassins

Expanding the League of Shadows and it's nefarious operations.

Plunge Batman alongside her son Damian into helping the League of Shadows complete it's megalomania (all failed).

Talia al Ghul is a major antagonist of the DC Animated Movie Universe, serving as a supporting character in Son of Batman, a background character in Batman vs Robin, and the main antagonist in Batman: Bad Blood. She is the leader of the League of Assassins.

She was voiced by Morena Baccarin, who also played Adria in Stargate SG1, Anna in 2009's TV remake V, Karen Walker in Spy, Cheetah in Batman: The Brave and the Bold and Leslie Thompkins in Gotham.

One night, years ago, Talia spent the night with Bruce Wayne and tricked him into being with her, which lead to her being pregnant with their son, Damian. Talia kept the child a secret from Batman and raised Damian in the ways of the League of Assassins.

When Damian was older, Talia, Damian, and Ra's were overseeing the training of the League until they were breached by a League of Assassins led by Ra's al Ghul's former henchman, Deathstroke. Talia led the defense of the League's base, then after the death of Ra's, brought her son to Batman for safety.

Deathstoke was eventually defeated and Talia departed to rebuild the League, leaving Damian with Batman.

However, after this, Talia has abandoned her morality and relinquished her compassion for both Damian and Bruce, seeing both primarily as tools to serve her purpose. Talia plots to use Bruce to use the new communication software of Wayne Enterprise to brainwash the various political leaders of the world. She recruits various villains to serve as her henchmen. Her efforts are ultimately thwarted by the "Bat-Family" and Talia is furious that she failed at both ambitions of controlling the world and having Bruce at her side, Talia retreats. She proceeds to escape on her jet, but is confronted inside by Onyx and counterattacks causing the jet to crash and leaving their fates unknown, although it is likely that Talia and Onyx perished in the explosion.

Originally, Talia was a loving woman who cared deeply for her father and son, wanting to protect Damian from Deathstroke and lamenting her father's' death. She also held strong feelings towards Batman, often acting seductively in their first encounter and affectionately calling him "beloved."

After taking up leadership as head of the League of Assassins, she displays a complete change in her personality. She now acts more coldly, killing Heretic upon hearing his grievances. This extends even towards those she once loved, as she willing brainwashes Bruce without remorse, claiming to have cleansed him of all the pain he's endured. Talia also displays coldness towards her own son, calling him a "bastard" and ordering Bruce to kill him with the claim that they could always make more children. Although Talia claims that her actions were an act of love for Bruce and Damian, Damian speculates that it was all about control for her, and that any love she may have had was gone completely, while Bruce believes that she never loved either of them to begin with.

Overall, Talia though one of the more honorable villains at first, became a monster over time. Not only does she stop caring about Batman and Damian, but her heartless nature becomes apparant when she endangers various lives. This makes her the most evil version of Talia to date. 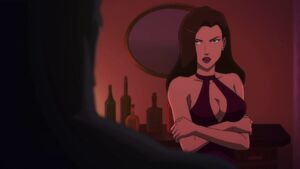 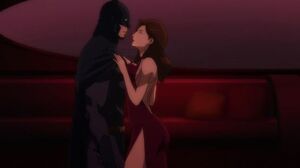 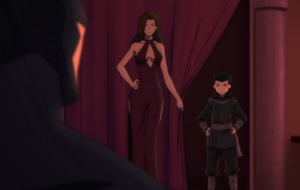 Talia reveals that she is the mother of Batman's child Damian Wayne (Robin). 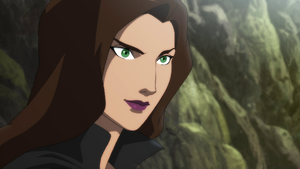 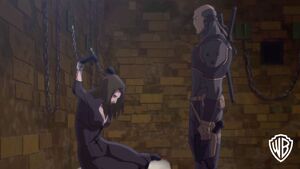 Talia making an alliance with Deathstroke, moments before he frees her from her imprisonment. 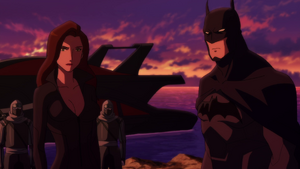 Talia with Batman once again. 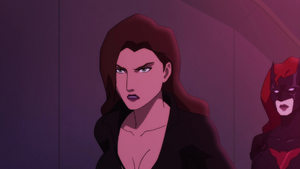 Talia getting punched in the face by Batwoman. 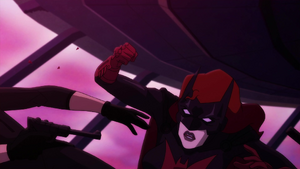 Talia resorts to cowardly measures by pointing a gun at Batwoman's face... 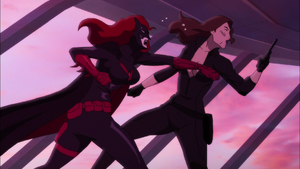 ...only to end up getting punched in the face again by her. 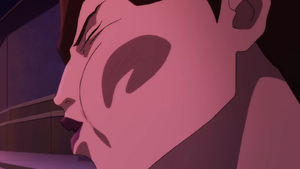 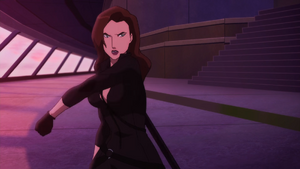 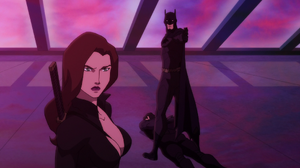 "We can always make more."
Add a photo to this gallery 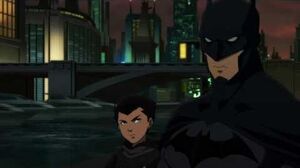 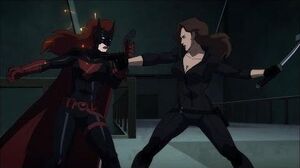 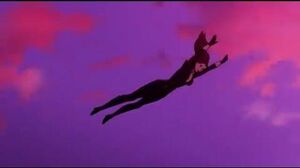 Retrieved from "https://villains.fandom.com/wiki/Talia_al_Ghul_(DC_Animated_Film_Universe)?oldid=4336405"
Community content is available under CC-BY-SA unless otherwise noted.