Creating his army of the living dead.
Traveling between dimensions.
Studying the secrets of life and death.
Unleashing the Sentinel Spheres on his enemies and victims alike.

Rule worlds including Earth with an army of the undead (failed).

The Tall Man is the main antagonist of the Phantasm series.

He was portrayed by the late Angus Scrimm.

Relatively little is known about the Tall Man. Once upon a time, he was a kind-hearted soul named Dr. Jebediah Morningside, an ordinary mortician who served as a medic for the Union Army during the American Civil War. Until he was experimenting with inter-dimensional travel and studying the connection between the world of the living and the realm of the dead. He does this to learn the mysteries of life and death, even to achieve immortality. After perfecting a machine that would allow him to travel between worlds, he stepped through the gateway. Upon his return he was no longer Jebediah, but the cold and evil being known to Mike Pearson and his friend Reggie as the Tall Man. It can only be speculated that while in a different dimension Jebediah's body was possessed by another intelligence, or that his physical likeness has been assumed by some otherworldly, evil entity while killing off the original man. It might also be that his experiences changed him radically.

The Tall Man's purpose is to become the Lord of the Dead. He moves from town to town, first becoming the undertaker of that town and secretly removing the corpses from the graveyards and mortuaries. However, he is not content to just steal the already dead, but will soon kill the town's living population to add their numbers to his collection. The dwarf-like creatures he creates from the bodies of the dead serve him in our world, and he also transports them back to his own dimension. It is possible that he uses them as slave labor for his own world, the same way he uses his two legion of other undead minions called the Gravers and the Demon Troopers. The dwarfs were revealed to be byproducts of the process by which the Tall Man creates the Sentinel Spheres, which involves compacting the body and placing the brain into a metal casing. The Sentinels are used in his assaults against the living. So far he has not revealed any grand schemes for world conquest, and he tends to plunder only small, out-of-the-way towns, as he is never shown invading large cities. And the towns he does plunder always seem to have an explanation for why the town's population is missing, such as a toxic waste spill. The Tall Man is a cold psychopathic traveler who explores worlds and knows all that is unknown while he destroys lives and commands his legion of the undead.

The Tall Man is an evil entity who seems to desire to conquer all of existence. He kills many people and uses their bodies to expand his ever growing army seemingly in the hopes of conquering Earth. He is very cruel, a flashback shows him running over and killing a dog for no reason. He is very sadistic and views his many encounters with Mike and Reggie as games. He states in the final film that the only reason he hasn't killed Reggie yet is because he views him as an amusement, which shows his arrogance. He sometimes shows signs of viewing Mike and Reggie as worthy opponents, noting that they "play a good game". Despite this, he has no real honor and shows no real redeeming features. He has no problem murdering children as he killed Reggie's entire family and was not above trying to kill a young Mike. The Tall Man never refers to the other characters by name, addressing Mike as "boy", even when he is well into adulthood by the end of the series, while referring to Reggie as "small man" and "ice cream man". He only has five lines in the original film, but his speech goes up in each film, to the point of having full conversations with the characters in the final film. The Tall Man often feigns politeness, though the mask slips away in the last film where he ridicules Reggie's loyalty to his friends and expresses his hatred of the human race, referring to them as "skinsacks of flesh and water". The Tall Man is, at his core, an open monster who makes no excuses or apologies for his heinous actions. He openly compares himself to death by stating that people come to him when they die rather than Heaven, and he inverts a priest's rosary before killing him, as if to imply that he is the Devil himself.

By contrast, Dr. Jebediah Morningside was a kind man who used his medical expertise to aid others during the civil war, and despite becoming obsessed with the cycle of life and death, he remained a kind man who sought to use his research to benefit mankind. He was a warm and hospitable man who would welcome strangers and offer them lemonade. He was an incredibly gifted scientist who crafter a dimensional gate in the ninteenth century for the purpose of unlocking the secrets of the cycle between life and death so the knowledge could be used for the benefit of others.

The Tall Man has many superhuman powers, such as superhuman strength, telekinesis, and many others. The Tall Man has been seen to lift a grown man with one hand, take away an object from a person's hand with his mind, etc. The Tall Man's signature weapon are Sentinel Spheres, flying silver spherical objects (also known as "Spheres" and "Sentinels") that conceal many weapons inside of them, such as drills, lasers, saws, and many more. The spheres contain the brains of the dead bodies that he crushes down into the zombie dwarves, his dwarfish undead slaves that came from a hellish dimension that he first travelled to. He also psychically and easily controls Gravers and Demon Troopers. 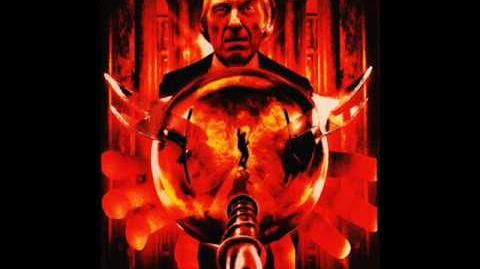 A render of the Tall Man.
Add a photo to this gallery
Retrieved from "https://villains.fandom.com/wiki/Tall_Man?oldid=4271315"
Community content is available under CC-BY-SA unless otherwise noted.