Agent for the Court of Owls

Kidnap Bruce Wayne for the Court of Owls and anyone who is with him.

The Talon is the name for loyal agents working for the Court of Owls and first appeared in the season premiere of Gotham special "'Mad City: Better to Reign in Hell...".

When Court of Owls member Kathryn, the White Haired Woman, is informed by a Wayne Enterprises board member about Bruce Wayne's visit and threat to expose the Court's activities unless contacted, she dispatches the Talon to go and get him, ordering the loyal agent to make it quick.

The Talon arrives at Wayne Manor where he gets into a confrontation with Bruce's guardian and butler Alfred Pennyworth. Although Alfred fights the Talon and seems to be holding his own, the Talon successfully knocks Alfred out. A frantic Bruce arrives and checks Alfred to see if he is alright, and the Talon sneaks up behind the boy and captures him.

The Talon brings Bruce before the Court and knocks him out with chloroform after Bruce has struck a deal with Kathryn.

Talon then kills the remaining members Whisper Gang. He later ambushes Bruce and Selina at the building with the safe where an owl statue is. They both attempt to run from him. Alfred battles Talon again with Bruce and Selina helping to subdue him enough to be stabbed by his own weapon.

The Talon is present at the Court headquarter when it is infiltrated by Bruce, Alfred and Selina. When he attacks the three, he is overpowered despite his fighting skills and is killed by Alfred, who rams a blade into the Talon's throat. 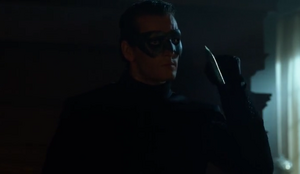 The Talon about to attack Alfred. 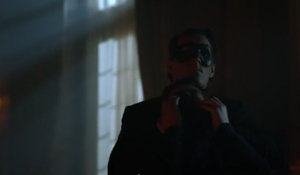 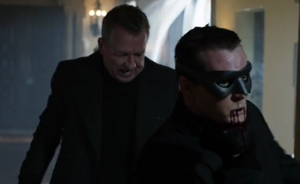 The Talon being killed by Alfred. 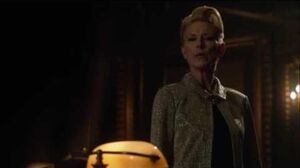 Gotham 3X02 You Wanted To Talk 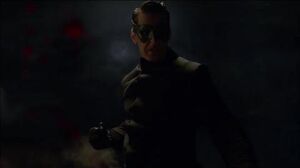