Well-versed in both firearms, mechanized and melee weapons
Heavily armed

Kill anyone who does not wear their symbol.
Do whatever it takes to serve the goals of their clients.

The Talon Company is the largest organized mercenary unit in the Capital wasteland in Fallout 3.

The company employs men and women of all backgrounds, so long as they are willing to do whatever it takes to serve the goals of their clients. While the company itself is not intentionally aligned with one faction or cause, an anonymous but wealthy client has commissioned them on an ongoing mission to rid the Capital wasteland of any do-gooders in order to keep it lawless and unstable, which makes them a nagging thorn in the side of players with even moderately positive Karma.

Their unscrupulous nature stands in contrast with much smaller but more honorable mercenary forces within the game such as Riley's Rangers. Talon Company usually deploys three man cells to scout the wasteland and assassinate any good person that they come across. They are heavily armed, often with fully automatic assault rifles or laser carbines, but may be carrying more powerful weapons such as rocket launchers. They are also skilled hand-to-hand combatants, and often chose to bludgeon or stab their target to death when ammunition is scarce. Talon Company also regularly programs and assigns powerful robots and mechanized turrets.

They have a main headquarters within an abandoned military camp called Fort Banister. Their leader, Commander Jabsco resides here, and helps his forces guard their massive arsenal, as well as any resources that have been commandeered by their troops in the wasteland. At one point, they even guard a hijacked water caravan which the Lone Wanderer is tasked to rescue by the Brotherhood of Steel. Talon Company is one subset of villains that can never be completely defeated, regardless of the Wanderer's actions.

While most of Talon Company's actions would certainly be considered evil, some of their assignments take a more neutral bent, with good implications. One of their major contracts requires them to free the main buildings in the DC Mall including the White House, the National Archives, and the Lincoln Memorial and Washington Monument from the control of the even more evil and dangerous super mutant army. Though their main target in the DC Mall is super-mutant assault teams, they will also readily target members of the Brotherhood of Steel, or the Lone Wanderer, as long as they are free to do so. 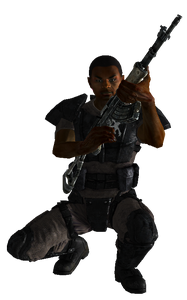 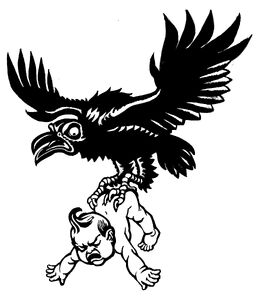 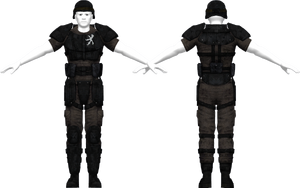 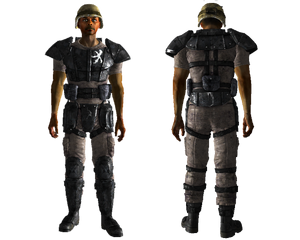 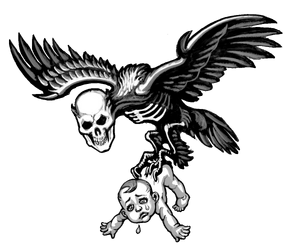