My Champion (by El Oscuro)

Become the finest and powerful gamecock in the city of Tepiscoelhoyo.

Be recognized and feared by all gamecocks in El Palenque.
Defeating Toto and earn a lot of money and fame (formerly).

The Bankivoide (also known as Talons of Thunder in the English dubbed version) is a powerful gamecock, who belongs to the highest bidder called El Oscuro. He is the former main antagonist in the third sequel of Huevocartoon named Huevos: Little Rooster's Egg-cellent Adventure, until then he becomes the anti-hero and repents at the end of the story, discovering that the main villain is Sweet Pea (Chiquis), making him the secondary antagonist.

He was voiced by Sergio Sendel.

The Bankivoide is a pretty big and chunky cock, which has immense muscles and colossal size, its head is brown and above this has a long red crest, its hind feathers are completely green. Decorated, using a gold belt which it is its recognition as the largest champion in every Palenque.

This cock had been one of the strongest and invincible, after previously a legendary fighter named Don Poncho withdrew from the arena, after losing the battle with a duck.

Toto had to beat Bankivoide because a liar rancher named El Oscuro, there would deceive owner wing of the farm and will be forced to bet on the fight. Training on the combat and facing each opponent, was victorious in every battle with roosters, to come face to face with the Bankivoide in that the fight was somewhat difficult to Toto, because the Bankivoide was very powerful.

For the end of the story, Toto uses his duck skills and manages to beat him. 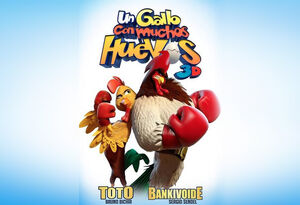 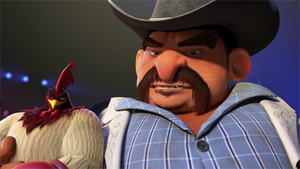 Bankivoide and his owner Matías Jimenez 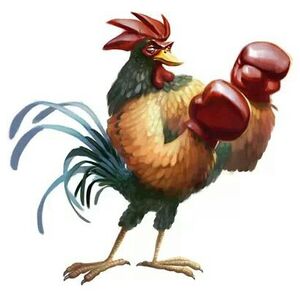 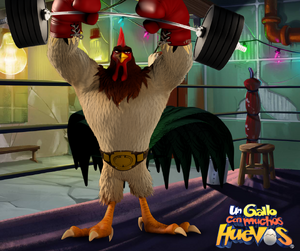 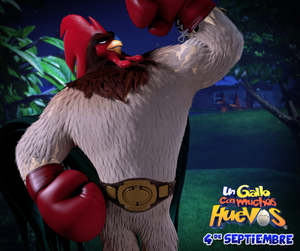 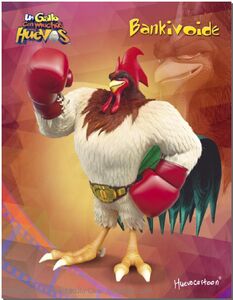 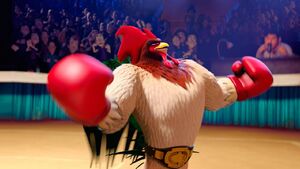 Retrieved from "https://villains.fandom.com/wiki/Talons_of_Thunder?oldid=3541657"
Community content is available under CC-BY-SA unless otherwise noted.