Practicing magic, getting even at those who mistreated her.

To be with her one true love.

Tamara Riley is the titular character of the supernatural horror film Tamara. Specifically, she is the main protagonist turned main antagonist.

She is portrayed by actress Jenna Dewan-Tatum.

Tamara was a shy, misunderstood, socially inept teenage girl with a shattered home life. Her mother had abandoned the family, and her father had incestuous fantasies towards his daughter. Having a knack for literature, Tamara spent much of her free time reading and writing. This caught the eye of her English teacher, Bill Natolly, whom Tamara found herself falling in love with. He convinced her to write an expose in the school newspaper about student athletes using steroids, which caused an uproar and placed her as the prime target of bullying by football players and their friends. Through the bullying, Tamara had one supporter, a new student named Chloe, that defended her from the girlfriend of an angry athlete in the locker room. Tamara eventually decided to kiss Bill in his classroom after class, but was denied. Embarrassed and heartbroken, she submerged herself into her readings, namely her newfound interest in witchcraft, and planned to use a spell to bind her destiny to Bill's. She quit during the final phase, a blood binding, and decided to accept that their love could never be.

A few of her peers (athletes that had been outed for using steroids after Tamara's expose) secretly witnessed her attempt to kiss Bill, and played a prank on her to put her under the false impression that he was in love with her. Tamara, believing that the spell had worked, excitedly took the page from the spell book with her and waited for him at a motel. The bullying peers at her high school set up a camera in the room and filmed Tamara undressing and calling out to Bill, as they held a "party" in an adjacent room to view the prank. Chloe, uninformed of the party's true premise, bared witness and went after Tamara. Under the impression that Chloe had helped plan the prank, she attacked her in a rage. During the ensuing battle, the bullies pushed Tamara down and she hit her head on a table and bled out, killing her. Her blood saturated the page from the spell book that she had taken earlier that day. Chloe and the bullies made a pact to cover up her murder and buried her in the woods.

Unbeknownst to anyone, the blood pact stage of Tamara's spell was accidentally completed, causing a permanent bind to the man she loves. As long as he lived, she lived. Resurrected as a confident, vindictive, sexy siren, Tamara used her new found powers of seduction and manipulation to claim Bill's heart and exact revenge on those who had made her former life so terrible. Her powers worked by touch: anyone that Tamara touched was put under her control and essentially fell in love with her. She gained access to all of their darkest secrets and thoughts, and was able to use them to punish people using their own flaws against them. She could also cause the person to hallucinate, and make them her vessels as she spoke through them. Usage of her powers included touching two of her male bullies and learning that one had a history of date raping teens at the school, and making one bully rape the other bully "so that he may know what those girls felt." Another usage was touching a girl and learning she suffered from an eating disorder, and making it so the girl would be viciously hungry at all times, forcing her to experience such extreme hunger that she ate her own fingers in an attempt to sate herself. Many of her power uses forced others to kill themselves in grisly ways.

She was finally stopped when she attempted to control Chloe, and through her memories and secrets learned the truth behind the night she died and realized that Chloe truly had her best interest in mind. This realization weakened her just long enough for Bill to sacrifice himself to kill her. 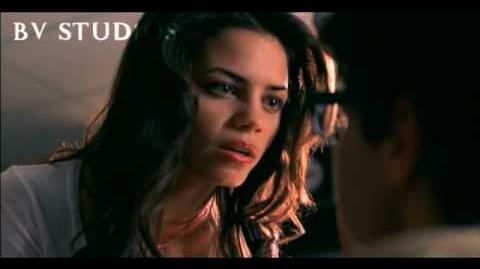 Tamara Riley's Powers
Add a photo to this gallery