Tanaka's Daughter is the henchman of Lady Tanaka and a supporting antagonist in the 1989 film The Punisher.

She is portrayed by the late Zoshka Mizak.

Tanaka's Daughter is a tall, blonde deaf-mute woman who appears in her twenties. Lady Tanaka adopted her as a girl and raised her as her own, though their relationship seems to be one of master-disciple rather than mother-daughter intimacy. She is trained in ninjutsu and is seen leading Lady Tanaka's league of Yakuza assassins throughout the film, usually with her face covered. One of her favorite weapons are her kunai earrings, which she can pull off and use as throwing knives.

The Punisher has several run-ins with Tanaka's daughter in the film: during the harbor shootout, she hits him in the shoulder with a throwing knife and knocks him into the bay, where he escapes. Later, at the end of the funhouse shootout, the Punisher is held in place while she beats him unconscious. At the film's climax, Tanaka's Daughter tries to kill Gianni Franco from behind while Lady Tanaka distracts him, but the Punisher stops her and engages her in hand-to-hand combat. She puts up a fierce struggle and badly injures the Punisher shortly before he snaps her neck. 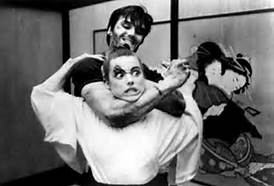 Tanaka's Daughter seconds before her death 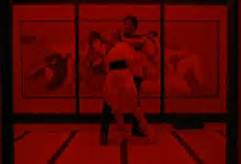 Tanaka's Daughter fights the Punisher in all red lights. 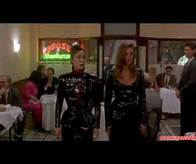