The Shredder
Pecker Face (by Cody)

Tank "The Shredder" Evans is the main antagonist of Sony Pictures Animation's second feature film Surf's Up and its 2017 direct-to-video sequel Surf's Up 2: Wavemania. He is Cody Maverick's former archenemy-turned-friend.

He was voiced by Diedrich Bader, who also played Oscar in Ice Age, and Warp Darkmatter in Buzz Lightyear of Star Command.

Tank Evans is a penguin who competed against the famous surfer, Big Z, during a surfing contest on Pen Gu Island. During the surf off, Tank wiped Big Z out. Tired and knowing that he could not compete against Tank, Big Z faked a disappearance. Following this, a surfing contest called "The Big Z Memorial Surf Off" started and was won by Tank nine times.

Ten years after Big Z's disappearance, Tank returned to Pen Gu Island to take part in the tenth surf off. Whilst on the island, Tank disrespects Big Z's memorial, much to the disgust and anger of fellow participate and fan of Big Z Cody Maverick, who challenges Tank to a surf off. Tank wins the surf off by wiping out Cody, who is rescued by Pen Gu Island's lifeguard Lani, who takes him to be healed by her uncle Geek (who is actually an older Big Z).

On the day of the surf off, Tank competes against Cody and Chicken Joe. Tank tries to knock Chicken Joe off his board, but is stopped by Cody. Tank and Cody end up in an area of the sea called The Boneyard (which had killed surfers in the past). Tank knocks Cody off his board, but ends up crashing. Lani helps Tank back to shore whilst Big Z comes to Cody's aid.

Afterwards, Tank is disqualified from the surf-off.

Tank returns in the sequel to challenge Cody and the Hang 5 in surfing in the Trenches (a mysterious surfing spot that is considered dangerous). He seems to be more ignorant and cowardly than in the first film as it shows he feared for his own life surfing in the dangerous waters during a thunderstorm. Cody then rushes to rescue him along with J.C., causing Tank to redeem himself by realizing that Cody risked his life to save him and then accepted him as a friend. 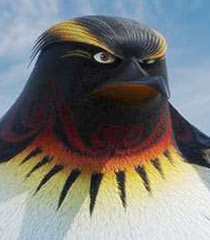 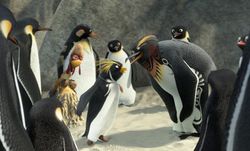 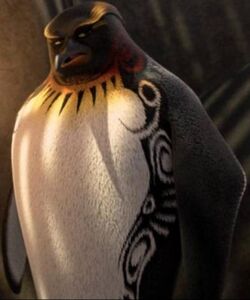 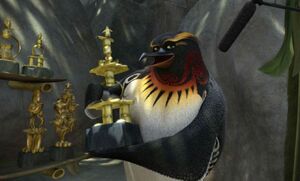 Tank with his trophies. 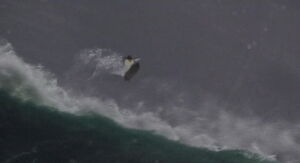 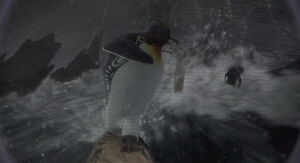 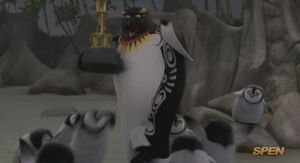 Tank getting his trouble from the Penguin Kids. 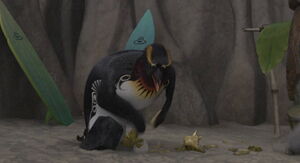 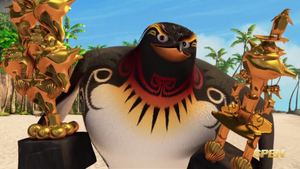