Preying on animals and Maximals

Destroy the Maximals and the Vok.
Leave Earth (all failed).

Tarantulas is the cunning and treacherous scientist of the Predacons who serves as one of the two secondary antagonists of the CGI series Transformers: Beast Wars (along with Inferno). He is one of the six original Predacons of Megatron's crew, who stole the Golden Disk before crash-landing on Earth along with the Maximals, who was actually a mole placed by the Tripredacus Council. His beast mode is a giant purple tarantula. He is the archenemy of Rattrap and Blackarachnia.

He is voiced by Alec Willows.

Tarantulas is the most evil of Megatron's crew that could even give Megatron a run for his money in some cases. He is shown to be extremely ruthless, treating everyone around him as pawns and exploiting others for his own gain. Tarantulas is also extremely cowardly, he is unwilling to fight fair and would use dirty tactics to win, and when the Vok were coming to destroy the Earth, instead of warning everyone else, Tarantulas preferred to run away, using a stasis pod to create a ship to escape, leaving everyone else, including his allies to die.

He is loyal to no one, having betrayed Megatron multiple times to fulfill his own agenda, and abandons any loyalty to the Tripredacus Council, planning to wipe out most of the Cybertronian race from existence after finding them fools. He is also very sadistic, having murdered multiple innocent animals he traps in his webs and slowly drainign them of their blood solel out of pleausre in doing the act, admitting he doesn't need to be nourished. And he will be more than willing to have Transformers itself in his webs and drain them of their mech fluid to eat for the same reason.

Tarantulas is one of the most intelligent members of Megatron's crew. He has kept the secret that he was a mole from mostly everyone, and is an excellent inventor and has managed to successfully cover up some of his betrayals to Megatron in some very infrequent occasions, like the Energon caverns, and even catches Megatron off guard and tosses him to his presumed death to blow up the Ark. However, Tarantulas isn't as intelligent as Megatron though, who has overestimated his abilities sometimes as very few has his schemes to betray Megatron haven't been deduced from Megatron, who frequently hijacks such schemes for his own uses, or turns it all against Tarantulas by using it to gain more power, as he got his new Transmetal II form thanks to Tarantulas tossing him to the lava.

During the Beast Wars, Tarantulas is depicted as the Predacons' intelligent but insane scientist, spending most of his time away from his fellow Predacons and plotting his own agendas in his lair. When the Predacons intercepted a Maximal stasis pod, Tarantulas chose its beast form as a black widow spider, brainwashing the maximal protoform into the predacon Blackarachnia. He later found reprogrammed another maximal protoform into the predacon known as Inferno, however as Tarantulas had rushed the reprogramming with the intent of creating another spider loyal to him, Inferno's logic circuits were damaged and he thought he was an actual ant.

Throughout the first season, Tarantulas repeatedly tries to betray Megatron and devise a way to escape Earth after discovering that mysterious aliens, known as "The Vok", were coming, even stealing a protoform's stasis pod to try and do so. In the season finale, a quantum surge transforms Tarantulas into a Transmetal.

In season two, it is revealed that Tarantulas is a secret agent working for the Predacon Alliance's Tripredacus Council, who consider Megatron a renegade. When the Council's lieutenant, Ravage, arrives on Earth, Tarantulas assists him in capturing Megatron. However, Ravage eventually releases Megatron after learning that he was following the instructions of the original Decepticon Megatron. But in the season finale, Ravage is killed and Tarantulas rejoins the Predacons.

In season three, Tarantulas continues serving under Megatron, but ultimately betrays him with the aid of Quickstrike. With Megatron subdued, Tarantulas reveals himself not to be descended from either Autobot or Decepticon, and attempts to destroy the Autobot ship, The Ark, to wipe out all the Maximals and other Predacons. However, he fails and once again leaves the Predacons to work alone. In the season finale, Tarantulas captures the Vok creation Tigerhawk, and attempts to override its programming so it will serve him. However, his machine extracted the Vok out of Tigerhawk's body, and they moved towards Tarantulas. Panicking, Tarantulas tried fired at them, only for his bullets to phase through them and hit his laser machine, causing it to turn and fire at Tarantulas, destroying both him and the Vok. Megatron later discovers that Tarantulas had discovered the location of the Decepticon warship, The Nemesis, resting on the ocean bed. 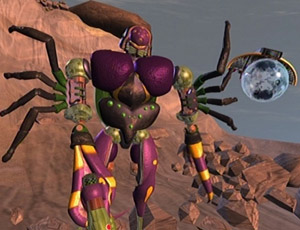 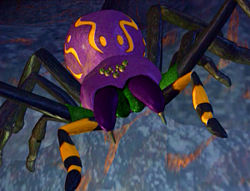 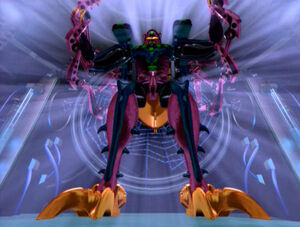 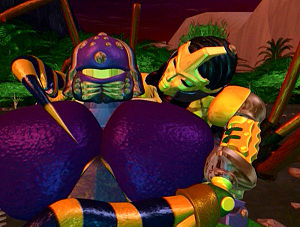 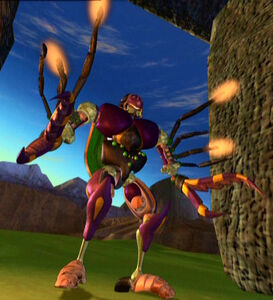 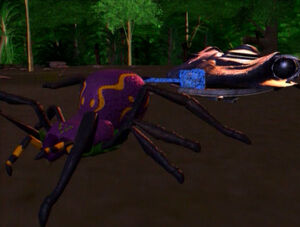 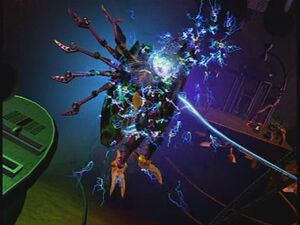 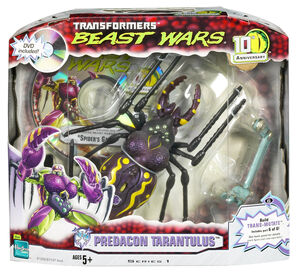 A toy of Tarantulas. 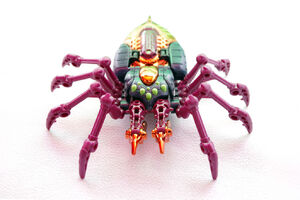 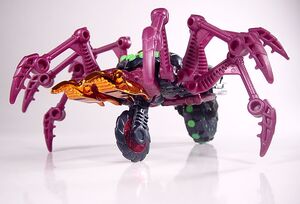