Discover the legacies of the Azran Civilization.

Criminal Cult
Targent is a criminal organization led by Leon Bronev and an antagonistic faction in the game series Professor Layton. They are some sort of army and want to take control over the 3 legacies of the Azran Civilization.

At first, Targent was only a small group of researchers. After they kidnapped Leon Bronev, they grew to into an evil military organization under his leadership.

Targent appears, in the end, to take the Infinite Vault of Akbadain away from Jean Descole and his butler Raymond.

In the town of Froenborg, Targent appears again, after Professor Layton and professor Desmond Sycamore managed to release a girl related to the Azran Civilization from an ice wall in a cave.

They are later defeated by Scotland Yard and Executive Officer Swift decides to turn the organization into a benevolent group again. 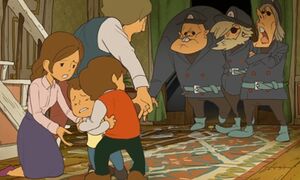 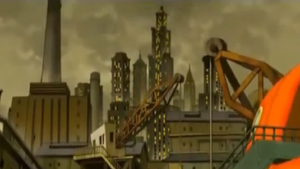 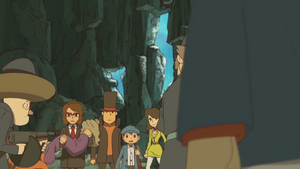 "Don't move!"
Add a photo to this gallery

Retrieved from "https://villains.fandom.com/wiki/Targent?oldid=2709966"
Community content is available under CC-BY-SA unless otherwise noted.