Retractable arm blades which they use as edged weapons

Engaging in war.
Feasting on the blood and flesh of their prey.

The Tarkatans are an antagonistic species in the Mortal Kombat universe. They are a warlike interspecies race of nomadic mutants in the realm of Outworld, a mix of both human Outworlders and Netherrealm demons.

Tarkatans are often depicted as unintelligent (they do possess adequate intelligence to operate firearms) and bloodthirsty brutes that serve the currently most powerful leader. However, Baraka is depicted as being intelligent, as he knew that the meeting Mileena had scheduled with him in the ancient Beetle Lair was a trap and sent another Tarkatan in his place to die (events in MKD).

According to Mortal Kombat (2011 version), all Tarkatan males join Emperor Shao Kahn's army once they came of age and survived the brutal Ritual of Blood. Among the ranks present within their armies included that of an Enforcer.

In Jade's Deception ending, it was revealed that it is possible to gather concentrated Tarkatan essence and seal it within a container. When the container is shattered against a person, the nearby Tarkata who come into contact with the released energy enter into an uncontrollable frenzy as they believed the person with the essence as being a rival male so they instinctively attack the victim.

Although often pitting other races against one another, Shao Kahn's most favored race is Tarkata, as seen in many arcade ladder endings, Shao Kahn's vanguard soldiers had most of the time (if not always) had been Tarkata.

Furious at his defeat and Raiden's refusal to accept Shao Kahn's offer of the single MK tournament the Outworld tyrant unleashed an army of Tarkata (led by Baraka) into Earthrealm, particularly into Shaolin temple. Tarkata are eventually driven off but many warriors in White Society and Shaolin are killed or taken prisoners. To avenge the dead and rescue the captured monks Liu Kang, Kung Lao and Raiden are forced to participate MK2. Baraka is sent by Shao Kahn to participate in MK2 and kill those coming from Earthrealm.

Tarkata fought for Onaga the Dragon King in his bid to reclaim his imperial throne.

The Tarkata play a prominent role in the invasion of Earthrealm initiated by Shao Kahn. The Tarkatans are bolstered by arms supplied by Kano's Black Dragon guild, and are able to easily overwhelm Earthrealm's defenses.

The Tarkatan are seen again in Mortal Kombat X during the story mode.

Flashbacks to 5 years ago from the main storyline reveal when Mileena was Empress for a brief time, several Tarkata accompanied her to confront Kotal Kahn and his fellow insurgents against her rule, with Baraka alongside her. The Tarkatans attack after Mileena orders them to kill those conspiring against her. In the end, they are defeated, with their leader, Baraka, being viciously executed by D'Vorah.

Even after Mileena's dethronement, the Tarkata remained fiercely loyal to her. During the present events of the story, Mileena and her allies (Tanya and Rain, who freed her from prison) ambush Kotal Kahn's expeditionary forces with hordes of Tarkatans. Upon Mileena's signal, the Tarkatans storm the Outworld Marketplace, first targeting Kahn's allies (D'Vorah, Erron Black and Ermac) who ruthlessly kill them. Mileena paid for Kano to kill Kahn, hoping to not be forced to unleash her ultimate weapon: the Amulet of Shinnok, acquired by Kano in exchange for gold. After Kotal defeats Kano & Tanya, he is attacked by two more Tarkatans, who Kotal effortlessly subdues. Then, he spots Mileena, Rain and other Tarkata on the roof of a building. Having grown fed up, he transports there. Mileena is surprised but orders the Tarkatans to attack. Though, Kotal slays them effortlessly.

Tarkata are seen again during Raiden's chapter. Flashback to 20 plus years ago during Shao Kahn's reign they raided Shaolin Temple shortly after the events of MK1. They were taking groups of captured Shaolin monks to an undislocated location when they were intercepted by Liu Kang, Kung Lao and Raiden. Raiden proceeded to defeat Baraka and D'Vorah who was overseeing the prisoner loading into ships. Liu Kang and Kung Lao defeated the rest of Tarkata and Raiden ordered Kung Lao and Liu Kang to free the captive monks while the thunder god himself attended to the tournament.

In the interim between the end of the Outworld Civil War, Kotal Kahn had all of the Tarkatans killed in retribution for them supporting Mileena's attempted coup. When Baraka, who was brought from the past to the present by Kronika, discovered this, he was enraged, though Kronika promised to restore his species as she set history back on its rightful course. Kronika fulfilled this promise by displacing the Tarkatan Kamp to the present timeline. Though Baraka and his Tarkata initially supported Shao Kahn as the emperor sought his throne back, they eventually sided with Kitana after she swore the Tarkatans would receive better treatment if they sided with Kotal Kahn. The Tarkata would join Kitana and the Shokan in storming Kronika's Keep. 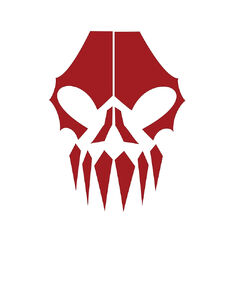 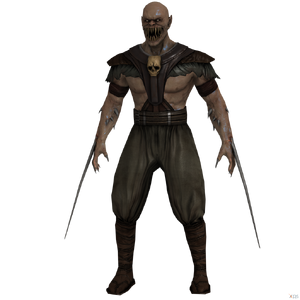 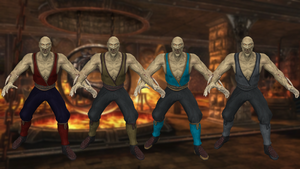 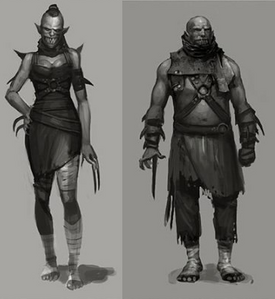 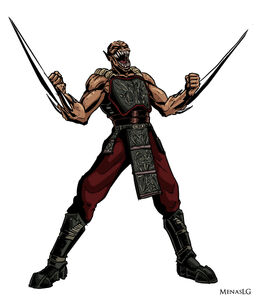 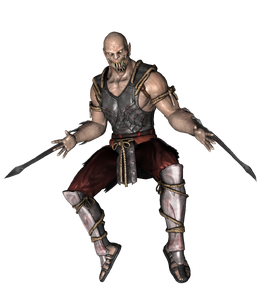 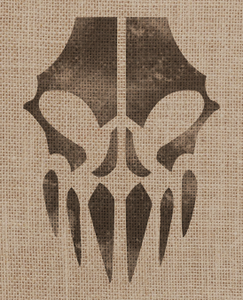 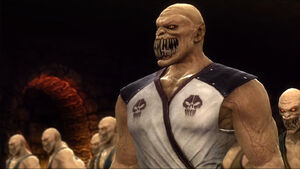 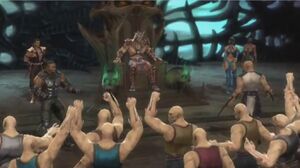 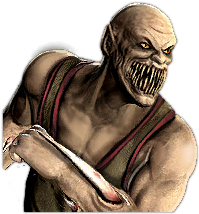 Baraka and his Tarkatan army in his Deception ending. 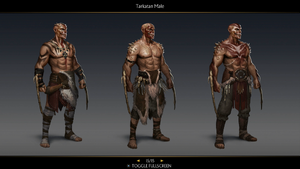 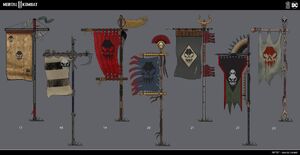 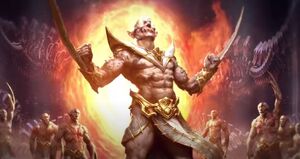