Taro Kagami is the main protagonist of the non-canon pilot chapter of the popular manga series Death Note. He is a young boy who seeks revenge on those who bully him.

Taro Kagami first finds a Death Note outside of his school. The title is in English, and he only understands the word "note", and confuses it for a diary or journal of some sort. Upon seeing it blank, he takes it home and begins to journal in it, writing about being bullied by his classmates A-rou Suzuki and B-rou Tanaka. However, upon writing their names, he unknowingly kills the two via heart attacks.

Taro hears about the deaths, but does not make the connection to his notebook until he researches the word "death" and realizes what it means, and finally realizes that he is responsible for the deaths of his classmates. However, he goes on to write the names of more bullies, killing them as well. When he returns home to hide the notebook, he meets its original owner: the Shinigami Ryuk, who purposefully dropped the notebook in the Human World out of boredom and is staying to watch the fun. Ryuk explains the Death Note to Taro.

Later, detectives arrive at Taro's house and interrogate him, but do not suspect him. Ryuk tells Taro to memorize the names on their badges in case they become a problem.

However, Taro is still processing what he has done, and has nightmares about the bullies he killed. Seeing Taro's remorse, Ryuk gives him the Death Eraser, which has the ability to erase any name from the Death Note, restoring that person to life and in good health. Taro brings Suzuki and Tanaka back to life, and they all return to school. However, the detectives begin questioning the revived students when the two students, the detectives, and three other bullies suddenly die of heart attacks, though Taro is not responsible.

A few days later, Taro figures out who is responsible. Ryuk dropped a second Death Note, which was found by fellow classmate and bully victim Miura, who killed the bullies and the detectives who were snooping around. Taro confronts him and Miura tries to kill him and then commit suicide, but Taro stops him and uses the Death Eraser to revive the two detectives. Taro and Miura come clean about Miura's killings, and Taro even allows himself to be killed and brought back to demonstrate the Death Note and Death Eraser's effects and to prove they are real. Miura has his Death Note confiscated and burned, but is let free. He apologizes to Taro and goes off. However, Taro kept the existence of his Death Note a secret, allowing him to keep possession of it.

Taro is delusional, and believes that he can bring justice. However, unlike the views of canon protagonist Light Yagami, Taro is more selfish with his views of justice, and kills those that have personally wronged him. However, he does feel a certain amount of remorse and guilt, but not enough to revive the bullies a second time. He does not even fully redeem himself at the end; he presumably just ceases to use the Death Note, though he is fully capable of restarting his evil-doings should he feel the need to. It is also unknown if he would go on to try and follow views similar to Light, as he did express ideas and desires for worldwide justice as well. 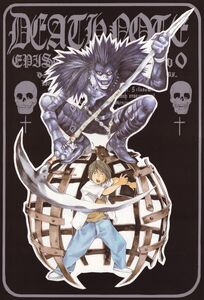 Taro and Ryuk on the manga cover. 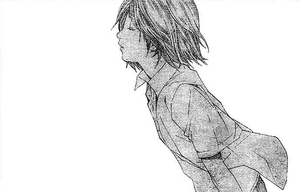 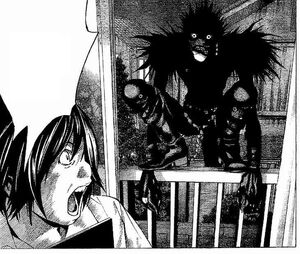 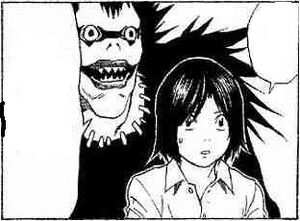 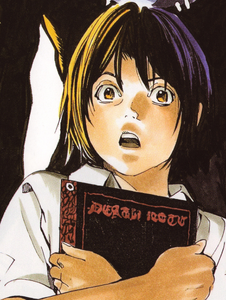 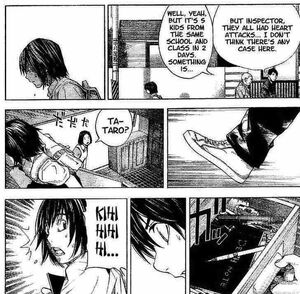 Taro getting his Death Note. 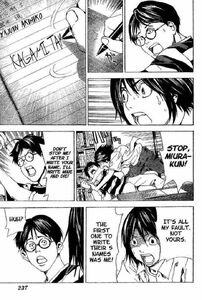 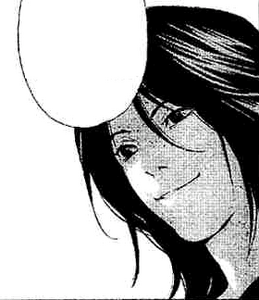 Taro as an adult.