The Books of Zeref
Etherios Demons

Assassinate all members of the Magic Counsel (succeeded, exception of Doranbolt).

Use Face to cleanse the Ishgar of Magic Power and gather Curse Power to resurrect E.N.D. (failed).

Tartaros was a powerful dark guild and serves as the titular main antagonistic faction of the arc of the same name from the Fairy Tail franchise.

Tartaros was founded by Mard Geer Tartaros and was one of the three major guilds that made up the Balem Alliance, alongside Grimoire Heart and the Oración Seis. The guild was exclusively made up of Etherious demons and were known as Zeref's "bookshelf".

The origins of Tartaros itself date back centuries before the current timeline where the Etherious demon Mard Geer Tartaros located the tome of E.N.D., a famous demon and creation of Zeref himself. Mard Geer would then assemble many of Zeref's other creations and form Tartaros with E.N.D. as its guild master, though Mard Geer took over as substitute leader in his absence. Mard Geer would then dedicate himself to reviving E.N.D. not knowing that he was alive and was known as Natsu Dragneel. The guild was formed to fufill the wishes of Zeref and help aid him in his goal of dying as per their genetic code.

By the year X791, Tartaros is a powerful dark guild and is one of the guilds that made up the Ballem Alliance, but by the current year, it's the only surviving major member guild as the other two were defeated by Fairy Tail. As part of their plan, Tartaros begins targeting former members of the Magic Council and this attracts the attention of Fairy Tail, the latter of which engages the dark guild in a guild war. In the ensuing conflict, Fairy Tail was able to defeat Tartaros, but not before going through several battles and the guild was ultimately disbanded by Makarov after Tartaros was defeated.

The main building where Tartaros and its members inhabit is a large building situated in what appears to be a barren wasteland. The guild building is a large castle with three different floors and two locations inside, one of them being Hell's Core where the demons are reborn and preserves the immortality of the guild members as a whole. Surrounding the building are various large spike-shaped spires that litter the area outside of the building, especially the path to the building as a whole.

Tartaros as a whole is a powerful guild due to its members all being Etherious demons and have various curse powers and abilities. The Ice Devil Slayer Silver was able to freeze the entire Sun Village and cover it in ice and Jackal was able to destroy the Magic Council's headquarters and kill most of the council members that were inside at the time of its destruction. According to Erik, all of them are creations from Zeref's books and are meant to "return to Zeref". Tartaros also had many guards and henchmen guarding Cube and the guild building. 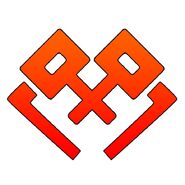 Poster featuring the members of Tartaros and Fairy Tail.