Crushing anyone or anything that stands in their way.

Like the Finis Demons they command, they too are encased in iron gibbets, but these devils have flesh, as well as giant flails in place of hands.

What is little known about Tartarussian and Plutonian is that they both disregarded the laws of the Demon World, and as their punishment, they were set to guard the Arcana Spada and Arcana Calice.

Tartarussian waited within Dumary Island's old clock tower, where he guarded the Arcana Spada. Once Lucia ascends to the top of the tower, Tartarussian emerges from a secret chamber to slay her, but is defeated himself. Lucia then takes the Arcana. Upon her return to the village she gives it to Matier, who sends her to the underground ruins of an ancient temple to retrieve the final relic.

Once she finally arrives at the underground ruin, Lucia descends into it until she reaches the deepest chamber, where she finds Plutonian guarding the Arcana Calice. She manages to knock him out and take the Arcana, at which point Dante arrives. She entrusts him with the relic before leaving to attack Arius on her own. Though Plutonian revives and attacks Dante, Dante puts it down for good. 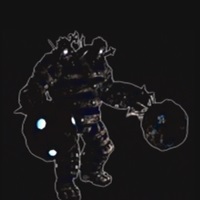 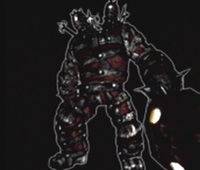 Plutonian
Add a photo to this gallery

Retrieved from "https://villains.fandom.com/wiki/Tartarussian_%26_Plutonian?oldid=3168698"
Community content is available under CC-BY-SA unless otherwise noted.