Template:Deletioncandidate: Not a villain, he is flawed hero, yes he made some bad moves in older cartoons, but he is obliviously not a villain, in fact a pure hero. Deleted before already.

Taz Tasmanian is the hexagonist in the Looney Tunes franchise, first appearing in the 1954 animated short Devil May Hare. He is a vicious, ravenous glutton who serves as a recurring enemy to Bugs Bunny and Daffy Duck.

He is a small brown Tasmanian Devil who used to live on the island of Tasmania, off the coast of Australia. He has fur on his head made to look like horns and several rows of sharp teeth, making him one of Bugs Bunny's more dangerous enemies.

He tends to growl, spit, and gibber rather than speak although he can talk, and travels by spinning around like a tornado. He has a seemingly endless appetite and will eat almost anything, which often leads to his defeat. 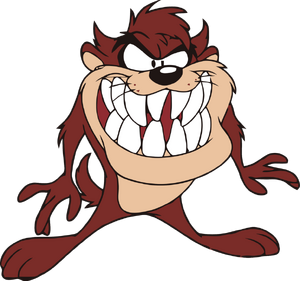 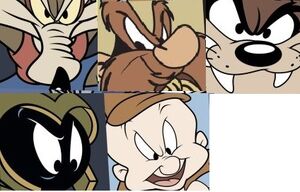 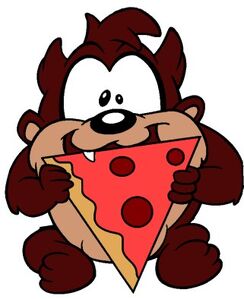 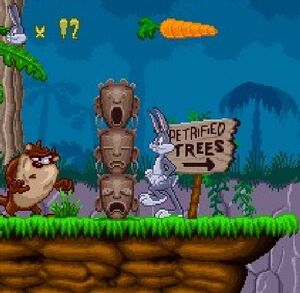 Retrieved from "https://villains.fandom.com/wiki/Tasmanian_Devil?oldid=3550517"
Community content is available under CC-BY-SA unless otherwise noted.