Tatanga appeared as the main antagonist of Super Mario Land. He invaded Sarasaland and kidnapped Princess Daisy to marry her and make her his queen so he could rule Sarasaland. Mario traveled through four kingdoms and fought Tatanga. Mario defeated him and rescued Daisy.

Though he appears to die in the previous battle, only his ship is destroyed. Tatanga survives, and flees to Mario Land.

Tatanga apparently becomes one of Wario's henchmen in order to get revenge on Mario for foiling his plans. Tatanga is one of the six bosses in the game before Wario, guarding one of the 6 Golden Coins. Mario defeats him in the Space Zone, apparently destroying him for good this time. He has not been seen since.

In Super Smash Bros. Ultimate, Tatanga appears as an advanced-level, shield-type spirit that can be obtained in a spirit battle against Morton equipped with a Super Scope on the Battlefield form of Mario Galaxy. 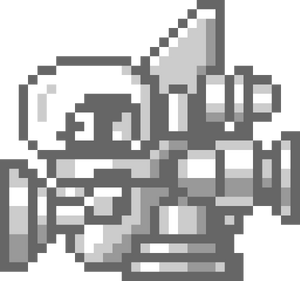 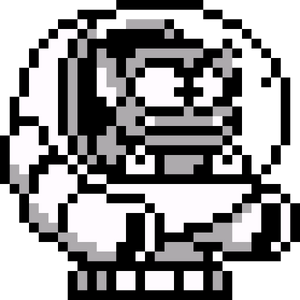 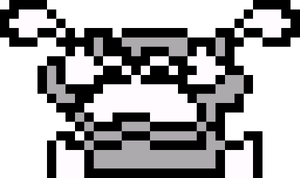 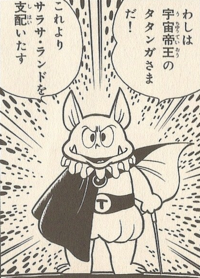 Tatanga as he appears in the Kodansha manga. 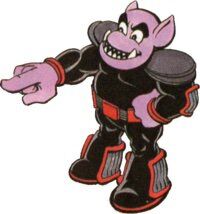 Tatanga as he appears in the Valiant comics. 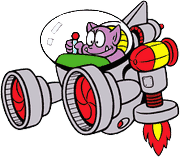