Servant of the Kirishiki Family

Toying with his victims.

Keep Sunako from Being Killed.

Tatsumi is a Jinrou (werewolf), Sunako's top enforcer, and the secondary antagonist in the manga/anime Shiki.

He was voiced by Wataru Takagi in the Japanese version, and by Ian Sinclair in the English dubbed version.

Tatsumi is the servant of the Kirishiki family and Sunako's right hand man. He takes care of almost everything: the move to their new mansion, digging up coffins containing new born Shiki and so on. He is the first Jinrou introduced in the series, which means he is a special kind of vampire who can move around in daylight and is able to eat normal food. Because of this, Tatsumi keeps an eye out during the day when the Shiki cannot. Tatsumi main task is to take care of newborn Shiki and teaching them the ways of a vampire. He also kidnaps people from the city to have newborn Shiki feed on. When Toshio Ozaki has become aware of the existence of vampires, Tatsumi and his underlings charge the Ozaki clinic and murder Setsuko Yasumori while Toshio watches.

He also plots the assassination of Natsuno Yuuki when he becomes aware of their existence. Tatsumi also goes after Toshio's wife and kills her. Toshio catches Tatsumi in the act who simply taunts him. After the Kirishiki funeral home opens, Tatsumi doesn't have to dig up coffins any more. He can also smell when someone comes back to life or when they simply start to rot. Tatsumi has a very good sense of smell because he's a Jinrou. When Natsuno comes back to life as a Jinrou, like Tatsumi, Tatsumi wants him to join the Shiki because Sunako wants them to grow in numbers even though Tatsumi thinks it's a better idea to just kill him.When Dr. Ozaki, with the help of Natsuno, exposes the existence of vampires to the rest of the villagers, a war between humans and Shiki starts. Tatsumi actually enjoys this because he loves the chaos and bloodshed. Tatsumi leaves Sunako's safety up to Seishin Muroi and lures the villagers away from them. After being wounded by the villagers Tatsumi meets up with Natsuno who he also fights.

While dying, he tells Natsuno how much he admires Sunako and that he always knew that Sunako's plan wouldn't work. He thought it was interesting so he just went along with it. He also believes that Jinrou really are the perfect vampires and that the regular Shiki are just failures. Tatsumi also reveals that he wanted to see the world end with his own two eyes and that he wanted to be the last man standing. He also reveals that in his life as a human, he wanted to kill himself. But thanks to Sunako he was able to live this long. He has a lot of fun being by Sunako's side.

Tatsumi's death in the anime and manga are different. In the anime he is blown to pieces by Natsuno, whereas in the manga he is impaled on a large stone.

At first, Tatsumi appears to be a clumsy and carefree young man but he is actually quite the opposite. He is very cruel and loves to see others suffer.  Despite his cruel behavior, he has a great amount of respect and undying loyalty for Sunako. 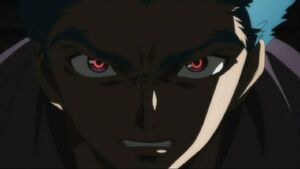 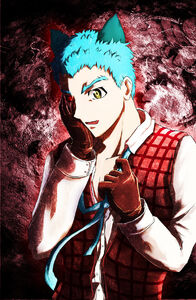 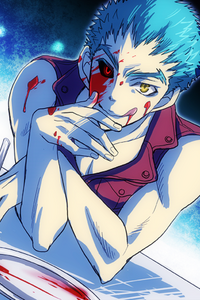 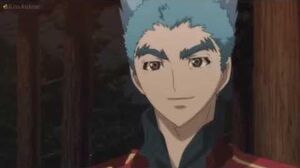 Retrieved from "https://villains.fandom.com/wiki/Tatsumi?oldid=4214905"
Community content is available under CC-BY-SA unless otherwise noted.