Sociopathic Control Freak
Tatsumori Yamada, also known as the Aries Zodiarts, is a 3rd year transfer student from AGHS to Subaruboshi High School and a major antagonist in Kamen Rider Fourze. He is a Horoscopes with terrifying abilities who evolved from the Lepus Zodiarts.

He was portrayed by Kazuma Kawahara.

Yamada began as a transfer student at SBHS who was originally a quiet member of AGHS's drama club. However, upon arriving to Subaruboshi High, Yamada used the Zodiarts Switch he obtain to become the Lepus Zodiarts before evolving into the sixth member of the Horoscopes, the Aries Zodiarts. He abuses his ability to put people to sleep and developed a god complex, to the point of totally disregarding the Horoscopes' interest in general.

Yamada transfers to Subaruboshi High to break away from the director's scrutiny, and took on the title of "The Apostle of Sleep" as he gets the entire school under his control and has everyone act in the roles he assigns them. Though Ryusei was only looking for the Aries Zodiarts under Tachibana's orders initially, he now sees a way to save Jiro in the said Zodiarts.

As a result, against Tachibana's orders, Ryusei decides to make a deal with Yamada, by killing Kamen Rider Fourze, to save Jiro. He was later defeated by Kamen Rider Fourze in Cosmic States and his Switch was taken by Virgo. He is last seen in a hospital, ironically in a coma.

Like Kijima, Tatsumori looks more innocent than he actually is. He appears to be well-spoken and mild-mannered. Underneath the surface, he is a psychopathic control freak, and will punish anyone who does not follow him.

He treats Subaruboshi High School as his theatrical troupe, as he decides the casts and story, and anyone who defy him will be put to sleep. He have no interest of joining the Horoscopes and just wants to rule over Subaruboshi High School, as this is the place where he was evolved into the Aries Zodiarts. Tatsumori is also manipulative, bribing Ryusei Sakuta with a deal to save Jiro Iseki if Ryusei kills Fourze.

As the Aries Zodiarts, he is armed with the Coppelius Scepter. He has the power to put people into comas, and is alternatively referred to as the Apostle of Sleep because of this power. This works both ways, as he can also pull people out of comas, hence why Ryusei Sakuta is desperate to find him.

His powers can also be transferred to various parts of the body, such as shutting down Gentaro's left arm and right leg, which briefly disabled his ability to use Astroswitches of those limbs until he succumbed to sleep.

The Aries Zodiart briefly transformed into Aries Nova due to desire for power, with extended horns and without his cape and in a slimmer appearance, granting him the ability to shoot balls of golden energy. Any other abilities Aries Nova might have are unknown, as he was quickly defeated by Fourze's Cosmic States.

His given name literally translates into "dragon guard", referring to the dragon that had guarded the Golden Fleece (the basis of Aries), until it was lured to sleep by Medea, as so the Greek hero Jason could steal it, during the time of the Argonauts. 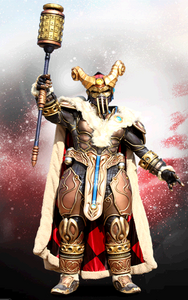 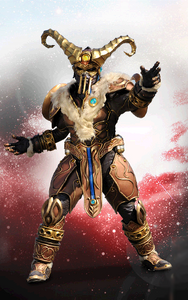 Aries Nova
Add a photo to this gallery

Retrieved from "https://villains.fandom.com/wiki/Tatsumori_Yamada?oldid=3541699"
Community content is available under CC-BY-SA unless otherwise noted.