Tazal is a minor antagonist in Telltale's Game of Thrones video game. He is a member of the Lost Legion and a nemesis of Asher Forrester.

Tazal and his men where defeated by Asher and Beskha, Tazal was severely injure after the fight with his arm cut off and a deadly stab womb in his rib. Asher then is given the option to stomp on his throat snapping his neck or let him live and break his knee. 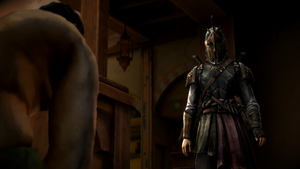 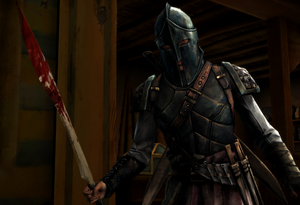 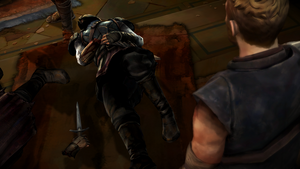 Tazal dead after having his neck broken.
Add a photo to this gallery
Retrieved from "https://villains.fandom.com/wiki/Tazal?oldid=3313247"
Community content is available under CC-BY-SA unless otherwise noted.