Finish the Game of the Giant (Succeeded)

Stalker
Teacher is the main antagonist of ICANSEETHEGIANT Slenderseries. He was responsible for the Game of the Giant.

Teacher is a faceless black entity with a strange voice that ran the ICANSEETHEGIANT channel. It hosted The Game of the Giant, a game composed of 4 riddles and 3 players. The players had to guess the riddles correctly and if they did they would get a point.

The first riddle was "I'm tall in the morning, and then I shrink. When the middle of the day comes along, I grow again. What am I?", Candidate 02 aka Christopher, a young teen with poor grammar and a bad attitude, answered correctly with Shadow.

The fourth and final riddle was "I am ignorant, I am intelligent. I am chaotic, I am peaceful. I am cruel, I am compassionate. What am I?", Candidate 01 once again answered correctly with Human. The first candidate, Jordan won the game while the third candidate, Garret was let free. Candidate two, Christopher was never heard from again after an encounter with Teacher. Teacher's last appearance was in the video Slow and Steady Wins the Race.

After that video, it disappeared for five years before resurfacing in Stan/Evan Frederick's video, "42. New Semester". It was revealed that Teacher had been mentoring Evan for an indeterminate amount of time, and had taken displeasure to the new, cruel side that Evan was displaying. Teacher then gave Evan a card reading "One story is good, 'til another's told". It vanished immediately thereafter. 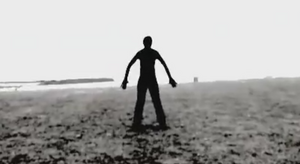 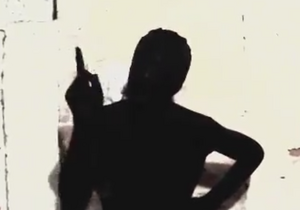