Students and a teacher

Possibly working together on how to manipulate their next victim.

Kill much students as they can that assaults them.

Teacher and Students are the main protagonists of the famous little film Modern Educayshun.

A new student was walking the hall ways, going to a private class, as a girl screamed drastically out of nowhere. The new student entered the classroom, as there we're three students: Penelope, Simon, and Sunshine with their teacher. As the new student went to sit, the radiator bumped strangely, as the teacher told him to ignore it.

The teacher again denied the answer, as Penelope replied with gender equality which was again confirmed by the teacher of being the answer. The new student was confused and asked if this was a joke, as Penelope asked him if he thinks that gender equality is a joke. The new student was even more confused saying that this is a mathematics class. Simon then quickly told him to stop being racist, as Penelope said that questions are offensive.

Eventually, the teacher asked if they researched their research assignments, and the student that has the best score goes to the summit. As she checked the student's assignments, she took the new student's assignment and barely even read it, telling him that it's 7 out of 10. The new student was confused because she barely read it, as she replied that she didn't want to read it because he wrote with a red pen.

Simon then replied with saying that color red is offensive in many religions, as Penelope asked the new student why would he only write with one color, and that the humanity is a rainbow of beauty and spirituality. The new student didn't really care and asked if he is going to the summit because he had the best score. The teacher said that the grading isn't over yet.

She added all the student's marks and divided them into number four as she got the number five, making all the students having an equal score. The new student quickly asked who is going to the summit, as Penelope with anger said that they are getting their privileged points. Basically, the teacher gave all the students grades on their privilege. As she went to Sunshine, he started to count that he is gay, unattractive, Asian, and overweight, as the teacher gave Sunshine the best score 18 out of 10.

Everyone is happy because of Sunshine's success, except the new student. He stands up, going to Sunshine looking at his assignment, as he said that he only wrote hearts and didn't spell equality correctly on his assignment. Penelope quickly replied telling the new student that he expressed himself, as the new student said that it has nothing to do with mathematics, as she replied does he thinks that he is that grate just because he is good in maths?

In the end, another new student was going to the private class, she went inside, as everything was normal, as out of nowhere the radiator reacted strangely again, as the teacher just replied to ignore it. 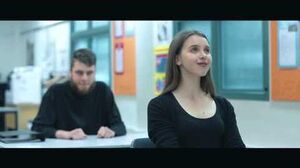 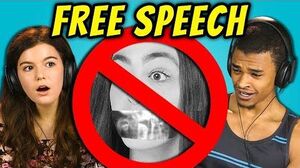 TEENS REACT TO FREE SPEECH
Add a photo to this gallery
Retrieved from "https://villains.fandom.com/wiki/Teacher_and_Students?oldid=3927358"
Community content is available under CC-BY-SA unless otherwise noted.