In Pokémon Diamond and Pokémon Pearl, Team Galactic state their intention to create a new world order. However, only Cyrus and his commanders know the true details (and even then, Saturn is not entirely clear on this), that this will first entail the total destruction of the current world to allow the presence of the new. They kidnap the legendary Lake Trio (Uxie, Mesprit, and Azelf) and extract crystals from them to create an item known as the Red Chain, which shackles and controls a Pokémon, yet keeps their full power (according to Cyrus' files, they do not plan to keep their target in a Poké Ball, in which they claim that it will restrain its full power). The player infiltrates Galactic's headquarters and defeats Cyrus, so he allows the player to release the three after beating Saturn. At the Spear Pillar, Cyrus uses the Red Chain to bring the legendary Pokémon Dialga (in Diamond) or Palkia (in Pearl) out, planning to use their power to distort spacetime and so create the new universe, over which he will be the new deity (or so he thinks). However, the Lake Trio come back to nullify the legendary's power and break the Red Chain, interrupting the ritual. After this, and Cyrus's failure to defeat the player, most of Team Galactic disappears including Cyrus himself. Only a handful remain in Veilstone City, led by Saturn, who has renounced his earlier extremism and decided to found a new, more benevolent Team Galactic.

In Pokémon Platinum, however, Team Galactic plans to captivate both deities of time and space, resulting in the interruption of an enraged Giratina, the third Sinnoh deity who represents dimensions, chaos, and death. The player will have to chase down Cyrus, now infatuated with the power of the before-unknown Giratina, to an eerie dimension known as the Distortion World (Yaburareta Sekai), in which Giratina has resided for countless ages. Later in the game, it is revealed that Mars and Jupiter quit Team Galactic. It also features a new Team Galactic member named Charon, who is arrested shortly after Mars and Jupiter quit.

In the second arc of the main story, Team Galactic is first seen on a beach as their leader teleports to them, first attempting to defeat Darkrai before Cyrus does it himself. After cheering on Cyrus announcing his plans to pursue his goals, he then sends out his minions to find information on sync stones and sygma suits to replicate their power through technology.

As this is going on, Professor Burnet first gets word of Team Galatic's activity through the International Police, with Barry running off to find them, the protagonist, Lillie, and Paulo staying behind to protect the professor, and Lucas and Dawn finding Cynthia in order to aid them in some ruins. Meanwhile, Looker manages to find their hideout deep within a mountainous cave, while Brock and Erika confronts two grunts overseeing Cyrus trapping various innocents in nightmares, where the commanders stopping them as they do so in the latter case. Announcing their presence and their desire to defeat them to stop interference, the three admins then attempt to defeat them two Gym Leaders, although the three villains are defeated despite their superior numbers. The three then escape the scene upon Barry arriving to confront them, with Mars noting that they don't have time for any duels in order to complete their plans. Gaining information from a awakened hiker about Darkrai's nightmares, the three head off to investigate this, while the various other trainers head off to Team Galactic's hideout on Burnet's request while Cynthia still dreams of redeeming Cyrus.

Splitting up to better scope the area, Lucas, Dawn, and Barry first break into the hideout to challenge some common grunts guarding the complex, at first trying to convince them of their master's harmful ideals, but upon failing, stick to battling them instead. Upon their victory, Looker, being disguised as a grunt of Team Galactic's reveals himself to offer them some assistance by holding off more guards as the three head deeper into the fortress. As they do so, the three commanders then appear in front of Cynthia, refusing the champion's attempts at talking to them and challenging her to a fight, in which they once again lose to her Giratina. Upon being confronted with their master's plans, the three at first defend their master's ambition, upon Cynthia questioning them if they truly know their master, the three decide to figure that for themselves. As they question their own loyalty due to their master's cold, cruel nature, Cyrus himself next appears when Lucas, Dawn, and Barry head to the farthest section of his hideout, where he unleashes both Dialga and Palkia in an attempt to defeat them. However, Dialga breaks his orders, to which Cyrus responds by attacking it with his still obedient Palkia. Being confronted by the heroes about his plans and his willingness to throw away his minions upon running out of use for them, he explains his ideals to them by going on a tirade about his desire to "fix" the world against human emotion, which he sees as causing damage to it. The three heroes then summon their Pokémon in order to battle Cyrus, with the leader using his Palkia to match them.

Regrouping days later, Cynthia tells the group of cases of people falling into nightmares they fail to wake from, something Cyrus first tested on with his own grunts. However, Dawn soon announces that she used Cresselia to reawaken the people infected by Darkrai's nightmares, although Cyrus manages to reinfect the region through awakening a stronger bond with Darkrai. As the heroes are in Professor Bellis' lab, Professor Scyamore alerts them of Darkrai's nightmare devouring all of Pasio before falling into Darkrai's nightmarish slumber himself. Alerted to the possibility of Cyrus' presence the heroes head out into the streets to find Cresselia's attempt to purify the people of Pasio failing, with many trapped in their nightmares. Now determined to put a stop to Cyrus' schemes more than ever due to them linking with his desires of a world of nothing, when discussing plans on how to get to Cyrus' location, Mars, Jupiter, and Saturn emerge, desiring to help through a truce in order to be reunited with their leader. With Professor Bellis falling asleep just before they leave, the three then split up with the heroes to search for his location.

With Saturn and Dawn locating an asleep Team Galactic grunt, the two bring him back to Bellis' lab, noting the lack of any nightmares vexing him. Annoyed, Saturn awakens him with a physical strike, with causes the grunt to not only awaken, but reveal himself to be Looker in disguise. As the Looker reveals Cyrus' location to be deep within a cave, the heroes, alongside the grunts head there to find the leader, finding Darkrai guarding the cavern he is in. They then head into Darkrai's nightmare realm to awaken their leader under Dawn's leadership, awakening him through the admins' desires for companionship. Angered through the heroes' meddling, Cyrus emerges from his tomb once again raving about his "perfect" world before summoning Palkia and Darkrai to defeat them. However, his attempts fail at the might of the heroes own legendary Pokémon even despite Darkrai using its abilities to lock Lucas' Dialga and Cynthia's Giratina in their nightmare realm. Confused over his defeat and the bond the heroes share with their Pokémon, Cyrus once again notes of his disgust for friendship, but through Cynthia's convincing, he departs willingly with his admins (who are more than happy with merely being pawns in Cyrus' plans) after seeing use within them, asking for Lucas to take care of Dialga before departing. 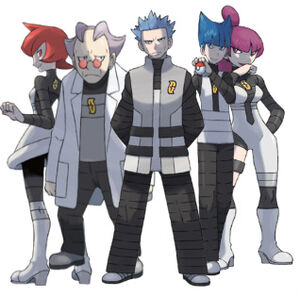 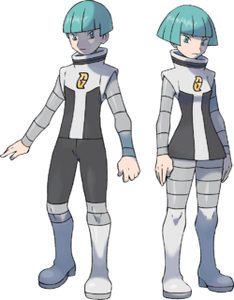 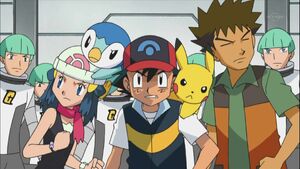