Stealing rescue notices from others.

Use their rescue team status to gain wealth and power.

After a human was turned into a Gengar for his greedy desires, he encountered an Ekans and Medicham, and they formed Team Meanies. They start a rivalry with the player and their partner's rescue team by stealing their mail full of rescue requests. Fortunately, Pelipper delivers new mail as soon as they leave.

Later, when Caterpie's friend Metapod goes missing in the Sinister Woods, Team Meanies challenge the player to a race to save Metapod first, threatening to forcefully make Caterpie join them if they succeed. At the end of the woods, Team Meanies attempt to defeat the player team to "rescue" Metapod themselves, but are defeated and flee.

After the player encounters Xatu at the Hill of the Ancients, Gengar and Team Meanies spread false rumors about the player's position as a human being responsible for numerous natural disasters across the area, causing the residents to run the player and partner out of town. However, after the team encounters Ninetales who tells the player that they are not the human from the legend, they return to Pokémon Square to confront Team Meanies' lies. Gengar tries to protect his rumors due to a lack of evidence, only for Pelipper to deliver newspapers stating that the player is indeed not guilty. Enraged by their lies, the residents chase Team Meanies out of Pokémon Square.

During the game's post-game, after the team save the world from a meteor, Medicham can be seen to the east of the player's team base, telling them a "funny" story of how Lombre drowned in the sea. Talking to Lombre makes him tell them the real story and how he found the Stormy Sea.

After the player saves Latias in the Pitfall Valley and unlocks access to the Sky-Blue Plains friend area, Medicham and Ekans can be found at Whiscash Pond for three days. In the first two days, they can be seen talking about a dungeon they discovered rumored to grant wishes and decided to keep secret from Gengar. They then notice the player and remark anything about knowing such as place and flee. On the third day, Ekans appears alone at Whiscash Pond, telling the player that he and Medicham visited the Wish Cave only for him to be knocked out while Medicham is still trapped inside, with her rescue notice arriving eventually on the bulletin board outside of Pelliper Post Office. After rescuing Medicham on the twentieth floor of the Wish Cave, she rewards the player with the Wish Stone, allowing them to interact with Jurachi at the very end of the Wish Cave.

After rescuing Medicham, she and Ekans can be found at Pelipper Post Office and later Pokémon Square, discussing that Gengar has been acting very peculiar and refusing to do anything wicked with them anymore, with him being last seen trying to climb Mt. Freeze. After the player assists Gengar in traversing the Murky Cave to cure Gardevoir from Ninetales' curse, none of the members of Team Meanies are seen again.

Pokémon Mystery Dungeon: Team Go-Getters Out of the Gate!

In the anime OVA Pokémon Mystery Dungeon: Team Go-Getters Out of the Gate!, when Team Go-Getters take the case from Whiscash to save Pichu's brother Pikachu from Skarmory on Mt. Steel, Team Meanies push them out of the way to take the case themselves. While Whiscash encourages the teams to work together, Gengar assures that no help will come from the other team.

During their preparation, Team Go-Getters could not obtain any supplies as Team Meanies bought everything at the Kecleon Brothers' shop. Seeing Team Go-Getters' bag was filled with nothing but berries, Gengar mocks them that berries are not enough to save anyone and has Ekans eat all of them. Angered, Squirtle tries to use Bubble, but Gengar stops his attack with Night Shade. Gengar taunts them to leave the work for the non-babies and Team Meanies leaves, leaving Team Go-Getters with nothing but two Oran Berries.

In a shortcut through Sinister Cave, Pichu followed Team Meanies to save his brother. Unpleased with having a weakling following his party, Gengar tricks Pichu into running down the wrong tunnel and blocks the exit with a large boulder. Team Go-Getters were later able to break the boulder with Charmander's Metal Claw.

After reaching the end of Sinister Cave leading to Mt. Steel, Team Go-Getters find a defeated Team Meanies, explaining that they were ambushed and bested by Skarmory. Team Go-Getters decide to give them their last Oran Berry before climbing to the peak of the mountain. 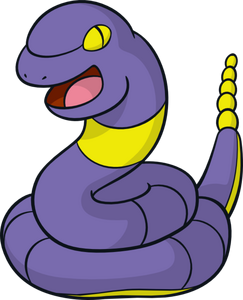 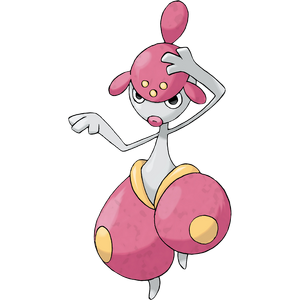 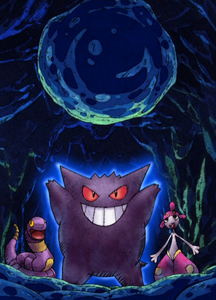