Liberate Pokémon from people. (a ruse for their true motive)

Take over the world. (failed)

Imperialistic Terrorists
Team Plasma (in Japanese: プラズマ団 Plasma-dan, literally Plasma Gang) is the villainous team from Pokémon Black/White. Their goal is to release all Pokémon from their trainers, as they believe Pokémon are just being used by humans, making all Pokémon to suffer, also believing that Pokémon will only reach their full potential by being separated from humans.

In reality, however, the organization's real goal is to make Ghetsis the only Pokémon owner in the Unova region so that he can conquer the region unopposed. The ideal of releasing Pokémon from human abuse is but a fraudulent propaganda used by Ghetsis so that every other trainer will release their Pokémon. Most members of the organization follow the propaganda spread by Ghetsis unaware that they're being manipulated by him.

To fulfill their goal, they are trying to recreate the myth of the creation of the Unova region by summoning one of the legendary dragons, Reshiram and Zekrom, and making their lord N to be recognized by them as the legendary hero. Their grunts wear knight-like uniforms and use Dark-type Pokémon such as Purrloin and Sandile.

Differing from previous villainous teams such as Team Aqua/Team Magma or Team Galactic, they avoid attracting unwanted attention and actually try to convince people of their ideals instead of forcing people to agree with them.

In Pokémon Black 2 and White 2, Team Plasma is broken into two different forces, each with different purposes. One force vows to make the world a better place for both humans and Pokemon to atone for their crimes. The other one, with Ghetsis as the leader of the newer force, intends to take over Unova. Colress serves as the acting leader but is also subservient to Ghetsis. 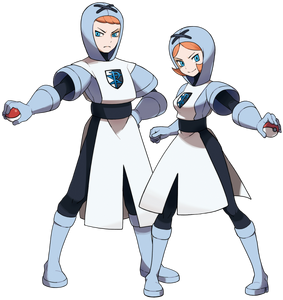 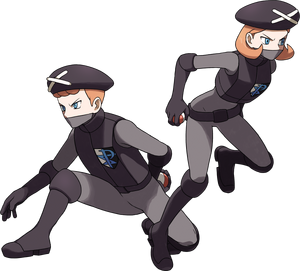 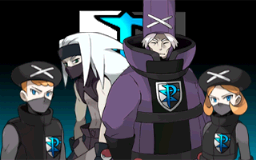 Team Plasma in the opening of Pokémon Black 2 and White 2.