Stop the declining of Spikemuth (succeeded).

Obsessive Fanatics
Team Yell (in Japanese: エール団 Yell-dan, literally Yell Gang) is an antagonistic organization in Pokémon Sword and Pokémon Shield. They are an organization that causes trouble and interfere with the Gym Challenge to let Marnie win without competition in order to win publicity for their hometown Spikemuth.

Male Team Yell Grunts have a magenta mohawk hairdo, as well as a horizontal magenta stripe painted on their face with a black X on top. Their bodies are generally more rotund, and their clothing is all black, magenta, and white, in addition to being covered in spikes.

Female Team Yell Grunts have a magenta quiff hairdo, as well as a vertical magenta stripe painted on their face with a black X on top. Their bodies are generally slimmer and their clothing is all black, magenta, and white, in addition to being covered in spikes.

Team Yell Grunts mainly use Dark Type Pokémon, as they are actually trainers from the Spikemuth Gym which is the Dark Type Gym of the Galar Region.

Team Yell was created when Marnie, the younger sister of Spikemuth's Gym Leader Piers, registered for the Galar Region's Gym Challenge. Trainers from Spikemuth hoped that Marnie becoming the champion would bring more people to Spikemuth and help the town recover from its decaying state, so they formed Team Yell to serve as Marnie's cheer crowd and support her throughout her Gym Challenge.

However, the members of Team Yell took their role too seriously and soon began causing trouble for other Gym Challengers and became a nuisance for the inhabitants of the Galar region. They can be really loud and aggressive, because of it Marnie usually refers to them as "fans who get over their heads".

Marnie appreciates Team Yell's support but disapproves of their rude behavior and insists that she should win the Gym Challenge on her own merits, so whenever she is around she tells them to quiet down and behave themselves, they usually listen to her and act more civil in her presence. They usually get back to their mischief whenever Marnie leaves, however.

Yell grunts usually cause mischief all around the Galar region, primarily with the intention of boycotting the other Gym Challengers so that Marnie will win the cup. Their antics tend to involve blocking routes, harassing trainers, stealing from others, attempting to take down other Gym Challengers themselves, etc. Most of the mischief caused by the grunts was done without Piers' overall knowledge or approval.

When the player reached Spikemuth he/she found Team Yell had barricaded the city to prevent other Gym Challengers from facing Piers so that only Marnie would reach the finals. Marnie helped the player sneak into the town and challenge Piers. Piers overheard Marnie scolding Yell Grunts for trying to sabotage the Gym Challenge before challenging the player to a battle. After Piers was defeated he requested Marnie to take over the gym so that he could focus more on his singing career, but Marnie turned him down because if she became the champion she wouldn't be able to run the gym, which Piers agreed to.

After Piers' defeat, the Yell Grunts then opened the gates to Spikemuth, allowing the rest of the Gym Challengers to face Piers as intended. Team Yell ended their mischievous behavior and continued to cheer for Marnie for the rest of the Pokémon League up until the semifinals where Marnie was eliminated after losing to the player.

Team Yell was later tasked by Piers to help the player find the Macro Cosmos agent holding the key to the monorail that the player needed to get into Rose Tower.

After the Pokémon League ended Marnie became the new Spikemuth Gym Leader, effectively becoming the new leader of Team Yell. Members of Team Yell continue to operate as the Gym Trainers of Spikemuth. Some members can be seen in Wyndon claiming they'll no longer cause trouble for Trainers and only want to cheer on Pokémon battles from now on. 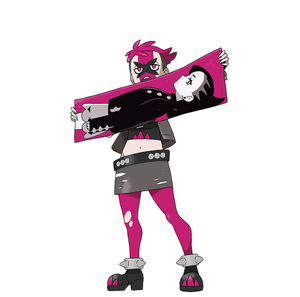 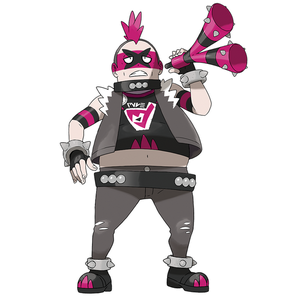 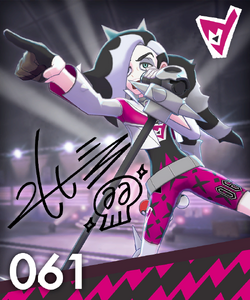 Piers, the leader of Team Yell. 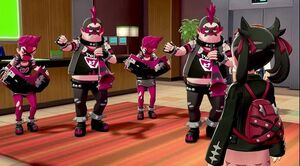 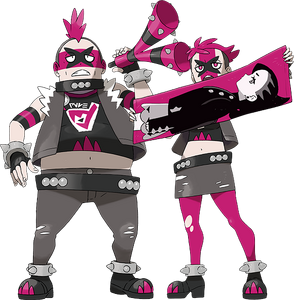 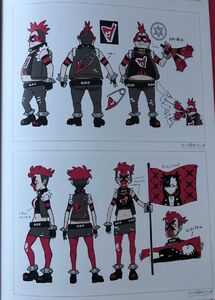