Sensei of the Ninja

Servant of the Overlord (formerly)

To serve the Overlord (formerly)

To capture Lloyd and drain him of his Golden Power (succeeded)

Sensei Wu is a major character in LEGO Ninjago: Masters of Spinjitzu, but in Season 3: Rebooted, he was briefly brainwashed by the Overlord and transformed into Techno Wu, making him a major antagonist, temporarily. He is a old, wise man who acts as the mentor of Kai, Jay, Zane, Cole, and later Lloyd (with the help of the other four) until he is assimilated by the Digital Overlord. He is also the younger brother of Sensei Garmadon originally known as Lord Garmadon and the uncle of Lloyd Garmadon.

Wu is taken back to Borg Tower where the Overlord probes his memory to find where the ninja are hiding. Eventually he gets turned into Techno Wu; one of the Overlord's Newest Minions. His memories become corrupted, and he goes to Ed and Edna's junkyard where he uses pythor's electrocobrais to reanimate the nindroids that were there and defeats the ninja. He eventually get changed back into his regular self again. 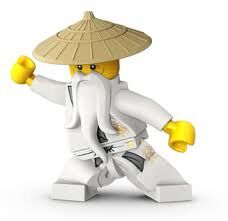 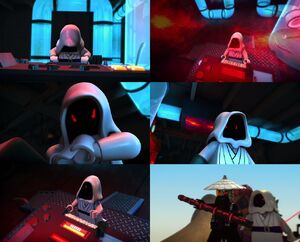 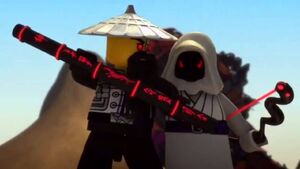 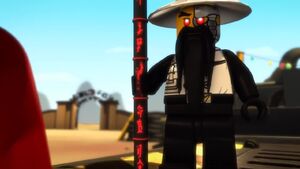 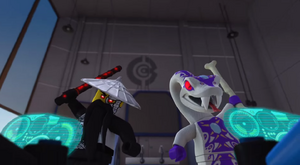 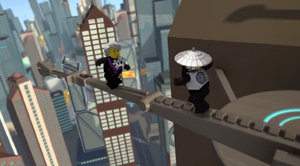 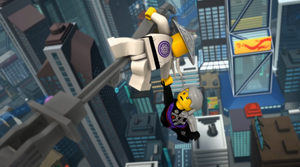 Wu after the overlord was banished from the Digiverse. 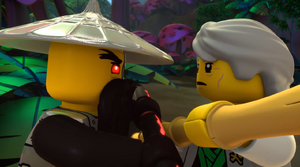