The Chronicles of Narnia: Prince Caspian

Caspian I ~ X (kings of Telmarine, all deceased)

Strong military with many well-armored and armed soldiers

Kill or drive out all of Narnia's original inhabitants so as to have Narnia all to themselves (failed).

Genocidal Tyrants
The Telmarines were a faction of humans who found their way into Narnia from Earth and became a dominant power of the land. Hateful and fearful of the magical talking beasts of Narnia, the Telmarines killed or drove most of them off, prompting the survivors to form a resistance against them. The Telmarines thusly serve as the main antagonists of the book Prince Caspian and it's subsequent adaptations before the title character Caspian X reforms them and brokers peace between them and the Narnians.

Long ago on Earth, a group of pirates and women from islands in the Pacific that they had taken for purposes of intermarrying, discovered an island with a cave inside that led them to Narnia. The part of Narnia they had found had in fact originally belonged to a group known as the Calormenes, but they had earlier been wiped out after being turned into destructive beasts by Aslan as punishment for prior misdeeds. With the whole place to themselves, the future Telmarines prospered until famine struck. Left with no other choice, the Telmarines went deeper into Narnia, where they discovered the various inhabitants of the place. Fearful of them, they attacked them, driving most of Narnia's inhabitants into hiding and killing and marginalizing them over many years until soon most of Narnia was theirs for the taking.

Not taking kindly to their treatment, the surviving Narnians formed a resistance against the Telmarines. Ironically, the Telmarine's own rightful heir Prince Caspian X became their leader after his uncle Miraz tried to kill him so he could have power for himself and his own son. Caspian promised the Narnians an end to hostilities if they helped him take his throne and kingdom back. When the Pevensie children returned to Narnia, they also assisted in the fight to take Narnia back. Eventually, the efforts were a success, and the Telmarines were forced to surrender. Caspian became king of his people, the Telmarines ceased their cruelties against the Narnians, and peace prevailed. 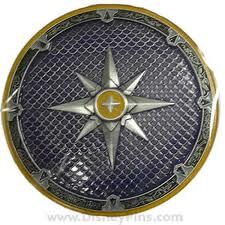 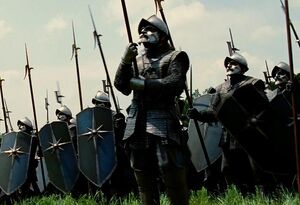