Member of the Death Busters

Telulu is an antagonist in Sailor Moon S. She is the third of the Witches 5 who work for Doctor Tomoe.

Telulu was supposed to take the next job after Mimet's repeated failed attempts at getting Pure Hearts, but Mimet tried to trick her by using a voice changer to imitate Tomoe so she could take the job instead, but gave it away by saying "Ta ta". When Mimet entered Eudial's power device, Telulu pulled the plug on her, imprisoning her in a void.

Telulu attacks by extending vines from her fingertips and using them to electrocute her enemies. 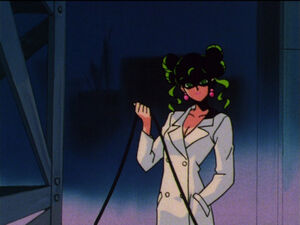 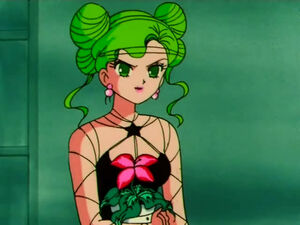 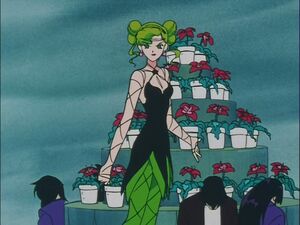 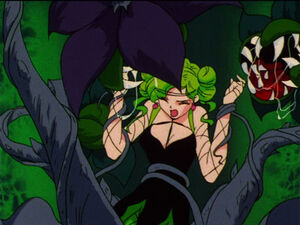 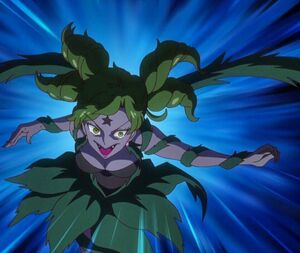