Images and videos of the evil unicorn Tempest Shadow from the animated film My Little Pony: The Movie.

Tempest asking for the ponies' surrender

Tempest delighted by the ponies' reaction

Tempest finds Twilight and her friends in Capper's home

Tempest, Grubber and the guards a boarding Celaeno's ship

Tempest's rage towards Twilight about her opinion being just like her

Tempest as her original self with her friends in her childhood

Tempest and Twilight arriving at the enslaved and damage Canterlot

Tempest and Grubber before the Storm King

The Storm King asking why Twilight's not a stone statue

Tempest watching the Storm King express his hatred for cute

Tempest watching the Storm King's success at sucking up the magic

Tempest watching as the Storm King prepares to test his staff

Tempest asking for the Storm King to restore her horn

Tempest and Twilight being hugged by the Storm King

Tempest is shocked by the Storm King when he refused to restore her horn, revealing his betrayal

Tempest nearly getting sucked into the tornado when Twilight comes to her rescue, leading to her redemption

Tempest sacrificed herself to Save the Mane Six

Tempest Shadow was frozen in obsidian

Tempest has revived by the staff of sacanas

Tempest dancing at the party 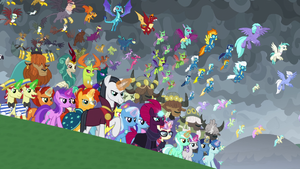 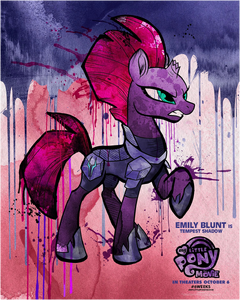 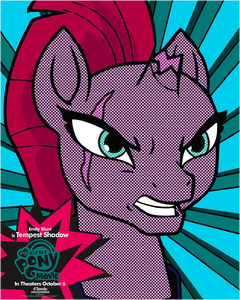 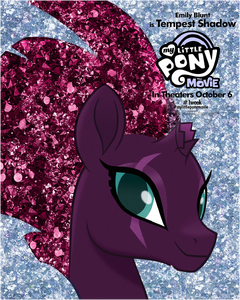 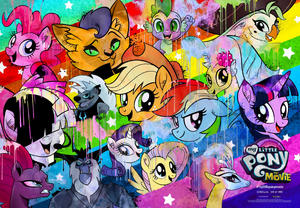 Retrieved from "https://villains.fandom.com/wiki/Tempest_Shadow/Gallery?oldid=3434684"
Community content is available under CC-BY-SA unless otherwise noted.