The Ten of Spades is one of the core members of the Royal Flush Gang. In the many incarnations of the gang, several people have used the alias of Ten. The first was Tom Dillon, the original Ten of Clubs, who changed to Spades when their leadership changed. He was briefly replaced by Mike Bailey. Bailey retired after his first job, and Dillon was killed in battle against the Justice League Detroit. The third Ten, former test pilot Wanda Wayland, has been the most successful to wear the title to date. Since the expansion of the Royal Flush Gang, several other people have taken up the Ten card, though Wanda still operates under the alias herself. She has occasionally had help from her own gang, Ten's Little Indians.

Army brat Wanda Wayland was a skilled test pilot, but was fired after she refused the romantic desires of her boss. She was recruited by Wild Card to become a member of the renewed Royal Flush Gang. She became the Ten of Spades. After their initial defeat at the hand of the Justice League, she struck out on her own, gathering runaway kids to form "Ten's Little Indians". They were eventually absorbed into the Royal Flush Gang when the Gambler reorganized the team. Wanda was a skilled leader and fighter, and was often at odds with the incompetent, alcoholic and chain-smoking Queen, Mona Taylor.

Aviation: Wanda was raised on an Air Force base, and became a test pilot in adulthood. Hand-to-Hand Combat (Basic) Intimidation: Wanda ruled the Indians through fear, though could not put herself to harming any of them.

Average: Wanda possesses the strength level of a woman her age, size and weight who engages in moderate regular exercise.

Ten was one of four individuals selected by Ace of the earlier Royal Flush Gang who was given powers by her to become her playmates as the hour of her death drew nearer. Ten used her powers to confront the Justice League until she was beaten by them.

Ten could extend hair braids and use them like whips.

Ten is based on Bo Derek's appearance in the movie 10.

Melanie Walker in Batman Beyond 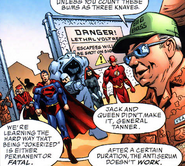 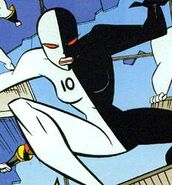 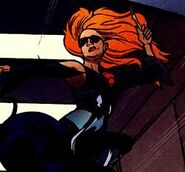 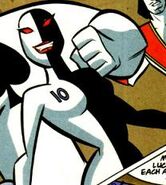 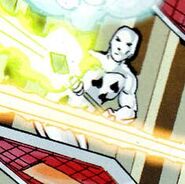 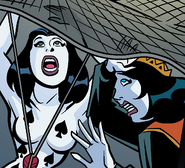