The Tentacle Grimm (unofficial) is an octopus-like possession-type Creature of Grimm. Only one of these Grimm has appeared so far in the manga adaptation of RWBY.

The Tentacle Grimm appears as a small, skull-like monster with horns and six eyes. It has a series of tentacles protruding from its body that can extend to different lengths.

The Tentacle Grimm is first encountered by Roman Torchwick and the White Fang as they explore the ruins of Mountain Glenn, hoping to turn the abandoned city into their new base of operations. As Torchwick explores the abandoned tunnels, he is suddenly attacked by the Grimm from the shadows. Torchwick manages to fight it off with his cane, causing it to flee.

Later, Team JNPR is performing a Grimm extermination mission, and battling against four King Taijitu. Jaune notices the Tentacle Grimm briefly, but is distracted by the King Taijitu attacking. Suddenly, all of the King Taijitu merge together, creating an eight-headed amalgam Grimm. The team struggles to fight the new creature, with Team RWBY arriving to help them. As they battle the Grimm with little damage dealt, Jaune tells Ruby about the Tentacle Grimm he saw and how he believes it has something to do with the Grimm's new abilities. Ruby observes closely, and notices the Tentacle Grimm's eyes glowing that the center of the Grimm monster.

Now knowing the nature of the creature they are fighting, Weiss remarks that it is a possession-type Grimm that took control of the other Grimmm, and is similar in nature to the Giant Armor she fought a few months before in that it is an amalgam possession Grimm. Jaune then prompts his team to hold off the King Taijitu as Blake prompts her team to attack the Tentacle Grimm in the center.

The Tentacle Grimm possesses a durable shell and tentacles that can extend and shrink, but otherwise is fairly weak on its own. However, the Tentacle Grimm is a possession-type Grimm similar to Geists and the ones that formed the Giant Armor. Unlike them, the Tentacle Grimm can possess organic materials. This allows it to take control of organisms, most notably other Grimm (though the ability to posses flora, animals, humans, and Faunus may also exist). When this occurs, the Tentacle Grimm uses the other organisms to protect itself and work as a sort of hivemind in fighting, adapting the abilities of the organisms it possesses. 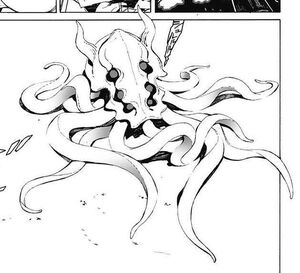 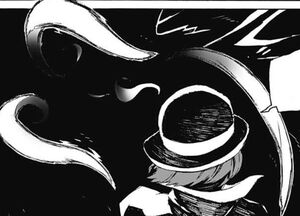 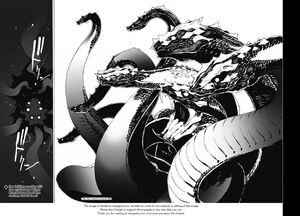 The Tentacle Grimm takes control of the King Taijitu and merges them into one. 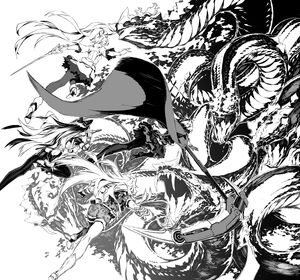 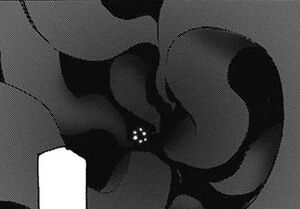