Listening to students' auditions.
Playing on a piano.

Terence Fletcher is the main antagonist of the 2014 music drama film Whiplash and the 2013 short film of the same name on which it was based on. Fletcher is the villainous maestro of the jazz band in the Shaffer Conservatory.

After being accepted into the Shaffer Conservatory, 19-year-old jazz drummer named Andrew Neiman practices at night when Terence Fletcher walks into the room. While Fletcher seems unimpressed from Andrew's impromptu audition, he nonetheless accepts the student as his drum alternate. While Fletcher seems courteous to Andrew, it is clear that he knows how to manipulate emotions, as seen when he abuses and harasses several of the band's players. Eventually, he begins to make Andrew his target of abuse by throwing a chair at him for not following the tempo for the Hank Levy song "Whiplash". The rest of the class are silent as Fletcher slaps, shouts and mocks Andrew for not being confused with the tempo.

Andrew becomes obsessed with impressing Fletcher, to the point of spending all of his spare time practicing and breaking up with his girlfriend Nicole. When the main drummer misplaces his sheet music, Fletcher fires him at a local jazz competition and promotes Andrew. This promotion does not last for long, however, as Fletcher quickly replaces Andrew with a core drummer from his former class. Fletcher racially and psychologically abuses Andrew to earn the role as main drummer. After a week of excessively vigorous practice, Fletcher tearfully reveals to Andrew's class that a former student of his, Sean Casey, was killed in a car accident the day previously and hailed Sean as a "marvelous musician". After becoming violent with the drummers' inability to follow the tempo correctly, Fletcher decides to let Andrew perform in the upcoming concert, as Andrew auditions the best double-time-swing.

After having trouble with the buses on route to the performance, Andrew rents the car but leaves his drumsticks behind. Fletcher finds out when Andrew arrives late for their rehearsal and kicks him out. While rushing back to the concert after picking up his drumsticks, Andrew's rental car is hit by a truck. Despite being bloody and breaking his left hand, Andrew decides to perform, only to repeatedly drop his drumstick mid-song and pass out due to exhaustion and his injured left hand. Fletcher tells Andrew that he is "done", causing Andrew to tackle and attack him in front of the audience and Andrew is dragged away from the stage swearing and cursing at Fletcher.

A few weeks after Andrew is expelled from Shaffer, his father contacts a lawyer representing the parents of Sean Casey. There, the lawyer reveals that Sean actually hanged himself after suffering severe anxiety and depression from joining Fletcher's class, most likely due to the abuse Fletcher had caused him. Andrew eventually testifies to the school, which gets Fletcher fired from Shaffer. Months after the incident, Fletcher is performing in a club when he spots Andrew watching the performance. Afterwards, they have a drink and Fletcher explains that he pushes his students beyond what is expected of them, hoping that one of them would become the next great jazz musician. After supposedly explaining his own actions Fletcher reveals that he is conducting at the JVC festival concert and states that his new band are playing a repertoire identical to that of his former Shaffer band. Fletcher then invites Andrew to perform as his main drummer, an offer that Andrew quickly accepts.

In the festival, Andrew goes on stage when Fletcher approaches him and reveals he knew that Andrew was the student got him fired. Having trapped Andrew, the vindictive Fletcher starts his band by beginning to play a song Andrew does not know and was not given the sheet music for. Andrew struggles with the song and plays the beats for "Whiplash" until the end of the performance. Andrew runs offstage humiliated and is comforted by his father before deciding to go back on stage. He interrupts Fletcher's speech by extemporizing to the song "Caravan" from his class and leads the other performers to join him. As the song plays, Fletcher is angered at being interrupted and for being beaten in his own game. Near the end of the song, however, Fletcher realizes that Andrew might have the drive to become one of the greats, the one thing he hoped to find in just one student his entire career. Andrew finishes an extravagant and exhilarating drum solo to see Fletcher nodding and weeping in approval and Andrew returns with a smile, having finally impressed his teacher at last.

Terence Fletcher is an unforgivingly sadistic and prejudicial perfectionist who will do anything to push students past the limits expected of them. Fletcher is a cruel, ferocious and ruthless man who will verbally and physically abuse his students to no end in order to get the results he wants. Fletcher particularly takes interest in bullying Andrew Neiman throughout the film and is unafraid to throw ethnic and personal epithets against him and cruelly insult, taunt, and mock him. Fletcher is also shown to be very clever and manipulative, as he knew that Andrew was the student who got him fired from the conservatory and tricks him into thinking that he will give him another chance in his new band - in a sense this is actually what he did, as Andrew gave his best performance without any visual cues, awing Fletcher in the process. He is implied to be homophobic given that he directs several derogatory gay slurs towards his students.

Despite his opprobrious and vulgar behavior, Fletcher is shown to have a sense of honor, as he finds Andrew's excellent and impressive drumming solo to be a great hit in the end, and he nods in approval. In fact, one the extremely rare occasion that they find common ground, Fletcher confesses his personal philosophy that intense and brutal actions, pushing people beyond the conventional expectations of others, is an absolute necessity to create a truly great musician. Fletcher holds the modern perception of jazz in unapologetic contempt, cynically thinking that people nowadays are content with ordinariness, whereas Terence is utterly determined to create perfection, whatever the cost. His 'ends justify the means' mentality has turned Fletcher into a respected but fiery and fearsome man, whose students are both in awe and terror of him.

Terence Fletcher is also completely aware of what people think of him and his methods, especially what his students and protegees think of him. However, Fletcher is completely unapologetic about the way he has tried to achieve his goals, despite the fact that it has damaged certain people so severely. Fletcher accredits himself with having actually tried to turn people into superb musicians, which he views as far more than what most people do. Fletcher is not completely remorseless, actually shedding tears over the death of Sean Casey, citing the latter to have been a wonderful player, and it is heavily implied that before Neiman came along, Sean Casey was his protegee. However, Fletcher equivalents this show of emotion by becoming particularly intense and abusive during the session that followed.

Fletcher has a tender side towards some people, as he is shown speaking civilly with a former student, and even playfully and charismatically with the latter's daughter, even implying that she could come and play in his band when she grows up. This suggests that Fletcher is not a complete monster. He is motivated by his impatience with other people's incompetence, his own philosophy that 'jazz is dying', and the fact that being gentle, in his view, is neither productive nor satisfying. 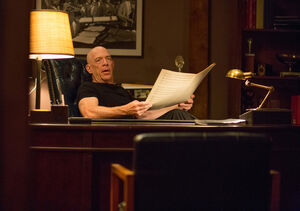 Fletcher in his office. 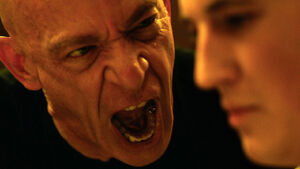 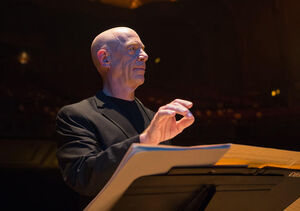 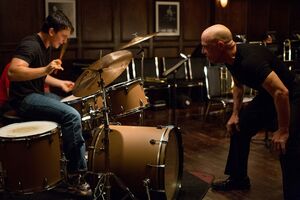 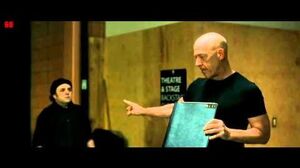 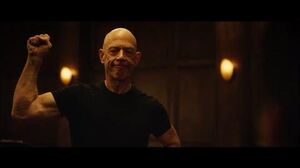 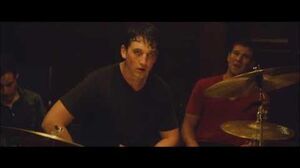